Kidney donation: A noble act that can save lives of millions 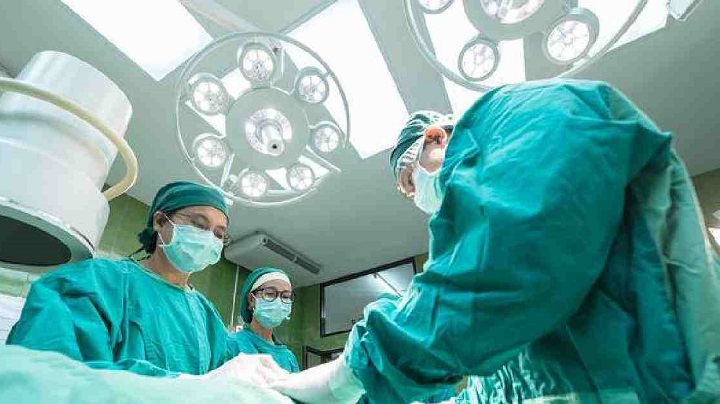 Bahaul Haque Masum, 55, who had lost the ray of hope to survive having his both kidneys damaged 28 year ago, is still living a healthy life as a kidney donated by his mother made a miracle when he was very close to death.

In the early 90s, Masum found his both kidneys damaged at the age of 27 and the physicians informed his family that he would not survive without a kidney transplantation.

His mother, Mahbuba Khatun, then donated one of her two kidneys to save the life of her beloved eldest son.

Both the kidney donor and the receiver had been leading the normal life for nearly three decades following the kidney transplantation in 1992. Mahbuba, who died of old-age complications in December, 2019 at the age of 73, also faced no major complication for 27 years after donating one of her kidneys.

Talking to UNB, Masum, a resident of Rangpur city, said he got married, became father of two sons and even performed the holy hajj after the kidney transplantation. His two sons are now students of Class-XI and class-X, he said.

“I led the life for the last 28 years without any major complication receiving the kidney from my mother. My mother also did not suffer any problem until her death,” said Masum.

He said his kidney was transplanted in the then Institute of Postgraduate Medicine Research-IPMR (now Bangabandhu Sheikh Mujib Medical University-BSMMU).

Firoz Alam is another man who received a kidney from his brother and has also been leading a normal life for the last 14 years after the organ transplantation.

Gulzar Hossain, who received a kidney from his wife, said both he and his wife are doing well and face no complication.

Like them, there are many others, who received kidneys from their nearest ones like mother, wife, sister and brother, are doing fine.  But there are people who are not that much lucky to have suitable relatives to offer organs to give them a new lease of life.

Due to limited access to treatment, on average 54-60 kidney patients in Bangladesh die every day while waiting for kidney donors, said Prof Harunur Rashid.

In the developed countries like the USA and Europe, apart from living persons’ donation, the majority of their kidneys are donated by deceased donors. Despite living and deceased persons’ donation, on average 20 people die every day while waiting for a donor in the USA, and 14 people in Europe, he said.

“We can assure that the health of donors doesn’t deteriorate following kidney donation. Instead, they’ve mental satisfaction for saving a life, which also casts a good impact on their own health,” he said.

Noting that the organ transplantation is the best form of treatment for patients with organ failure, he said at least 5-6 lives can be saved if the deceased donors’ donation could be started. “A dead person can save eight lives by donating two kidneys, one liver, one heart, two lungs, one pancreas and part of intestine.”

Some 10,000-12,000 people die in road accidents every year in the country who can be the suitable persons for donation of organs if relatives agree to, Prof Harun said.

Noting that the source of deceased organ donors is intensive care units (ICUs) in the country, Prof Harun said there are nearly 50 ICUs where only 500 patients could be kept in the ICUs every day.

“We can at least save 5-6 lives (of kidney patients) a day, if the ICU patients are declared dead after their brain death and their kidneys can be collected by convincing their relatives,” he said adding that many Islamic scholars in the world and the OIC accepted the brain death as death.

Prof Harun, however, said a kidney failure patient receiving kidney from a close relative live longer than those who received that from others.

Dr Quazi Deen Mohammad, professor and director of National Institute of Neuroscience and Hospital, said the ultimate treatment of kidney patients is organ transplantation as the patients have to suffer a lot and spend huge money on dialysis.

Dr Deen Mohammad, also the president of Bangladesh College Physicians and Surgeons, said the government enacted the Transplantation of Human Organs Act, 2018 to pave the way for organ donation.

Prof M Muhibur Rahman, Secretary of the Kidney Foundation, said kidney patients mostly stop receiving dialysis treatment within six months of starting it as it is very much costly.

He said some 20 million people are suffering from kidney-related diseases in Bangladesh while the kidneys of 40,000 people fail every year in Bangladesh.

According to him, 20-30 percent of kidneys are collected from living donors while 70-80 percent from deceased donors.

All the experts said it is essential to create public awareness about organ donation, particularly that of kidney, in the country to save more and more lives.