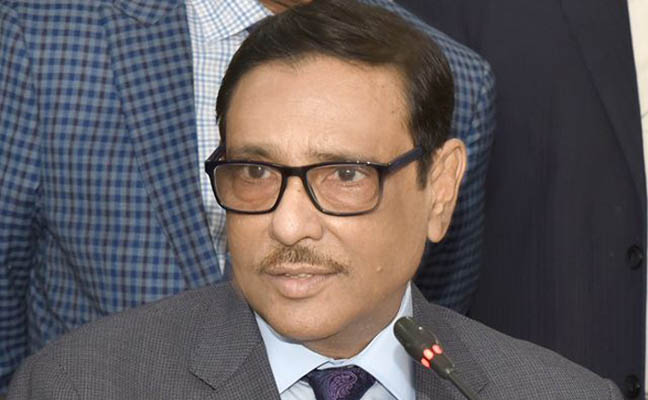 Awami League General Secretary Obaidul Quader on Friday said that the government has slightly increased power prices aiming to solve the long-standing problem of electricity in the country.

Obaidul Quader, also the Road Transport and Bridges Minister, came up with this statement while speaking a discussion and milad mahfil organised in remembrance of Shaheed Selim-Delwar at Fikamali centre in the city’s Hatirpool area.

‘Shaheed Delwar Selim Smrity Parishad’ organised the discussion with its president Abdul Wadud in the chair.

“The electricity price in the country has been raised a little bit to give a permanent solution to the power problem,” Quader said.

Quader said people have to endure inconvenience a little for ensuring availability of cent-percent electricity. As regards electricity generation, the government will have to give taka 3.5 thousands crore subsidy, he added.

This temporary inconvenience should be tolerated, he said.

Quader said people suffered a lot due to load-shedding during the past BNP regime.

Under the dynamic leadership of Prime Minister Sheikh Hasina, people are not facing any trouble regarding electricity and water supply, he added.