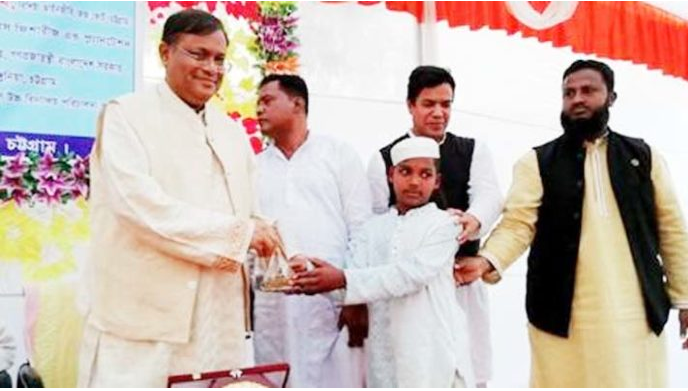 Information Minister and Awami League joint general secretary Dr Hasan Mahmud urged on Friday the guardians to play a responsible role in developing values and patriotism among the students, besides flourishing their talent.

“We have to impart such education to the students so that they should be aware about their responsibility for the elders. Such a mindset will have to be developed among the students from their childhood to refrain them from neglecting their parents. Only then, the students will grow up as perfect citizens. In this way, our country will be more beautiful,” he said.

The information minister said this while speaking as the special guest at a prize giving ceremony of the Nurnahar Memorial Scholarship on Rangunia Sukbilash High school premises this evening.

Mother of the information minister reputed advocate of Chattogram Bar Professor Kamrun Nahar Begum addressed the function as the chief guest while Padua Union Parisad (UP) Chairman Golam Kabir presided over the function.

Dr Hasan said dream is one of the main factors to attain the aims and objectives of life. Dreamless men lack intention of fulfilling dreams, he added.

The information minister also urged the guardians to teach their children about humanity, patriotism and brotherhood from their early age.

Hasan also said scholarship for students always serve as great inspiration for them.