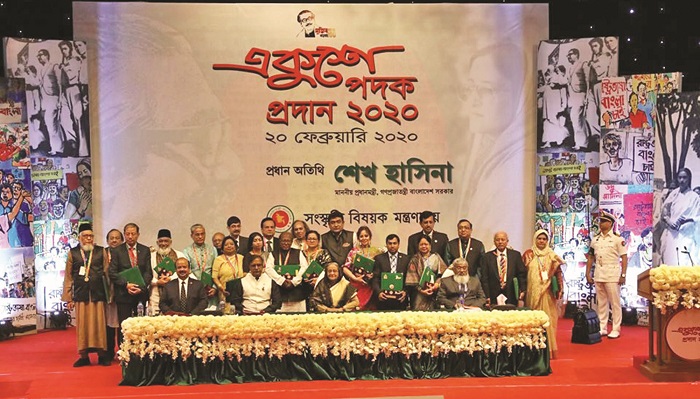 Prizes and awards work as a token of inspiration and appreciation. They not only acknowledge success but also recognise many other qualities like ability, struggle, effort, and, above all, excellence. Therefore looking at the awards people find something to strive forward. That is why awards and public recognition matter. Most of the people who work with passion and dedication do not expect rewards. Yet if they get recognised for their contributions, they feel satisfied. And when acknowledgement comes from the state, it provides awardees a great sense of pride. Because, a state award means he/she has done something which has made the state proud of him/her. But when it comes to the state awards of our country, sometimes people get astonished as they do not realise that whether the recipient really deserves the award or not. This situation is the result of long continuation of ill practice. Often it is heard that awardees are not always chosen for their merit and contributions rather some of them are selected on the basis of exhortation, political identity, loyalty and nepotism! Albeit there are specific policies for nominating the awardees, administrative will plays pivotal role behind the selection of individuals. And this is no more a secret. When the names of awardees are announced by the government, controversy sparks regarding the nomination of a few debatable people almost every year.

This year’s Ekushey Padak and Independence Award are no exception in this regard. Following the announcement of the names of nominated persons for Ekushey Padak many people have criticised the inclusion of a few persons. Particularly they have questioned the selection of a person in research category and two authors in language and literature category. Some litterateurs have opined that these two writers have penned and translated a number of books. But they got this award only due to their personal and political connection! Their contributions in the field of language and literature are never enough to be recognised by this prestigious award. And since the proclamation of the nominees of Independence Award the debate has reached a different level. People have hardly heard the name of the ‘poet’ (a retired bureaucrat) who has been nominated for this year’s Independence Award in literature. When one of his below-standard poems went viral on social media, cross-sections of people were shocked and upset. 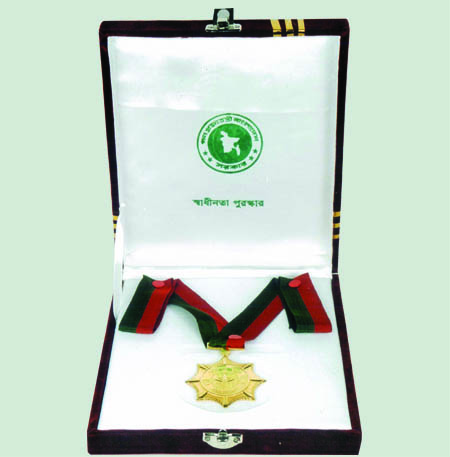 Such ridiculous nominations are nothing new at all. During the inception of Ekushey Padak in 1976 and Independence Award in 1977, these eminent awards were given to some people who were controversial and not qualified enough for such honour. For example, Khondoker Abdul Hamid got Ekushey Padak in journalism in 1977. After the independence he was arrested under collaborator act! Another infamous razakar was Sharshina’s pir Abu Zafar Mohammad Saleh. He was rewarded with the Independence Award in 1980 in education! Following the Liberation War when the trial of collaborators began, he was also arrested. His nomination for the highest civilian award of the country created huge criticism. On the other hand, often Ekushey Padak and Independence Award are given to the people who are far beyond such recognitions. High Court stated in its observation in 2010 that the freedom fighters fought and snatched victory responding to the call of Bangabandhu Sheikh Mujibur Rahman. Thus his nomination for the Independence Award was an underestimation for him. Similarly according to many, bestowing these awards on Kazi Nazrul Islam, Abdul Hamid Khan Bhashani, Syed Nazrul Islam, Tajuddin Ahmad and Ziaur Rahman were unnecessary.

Numerous luminous personalities were either deprived of these awards or they were nominated after their death. For instance, Rowshon Ara Bachchu, one of the language movement activists who were first to hit the streets, didn’t get any of these awards. She passed away on December 3 last year. Heroic contributions of many organisers of Liberation War and gallantry of numerous freedom fighters are still unrecognised. Professor Nurul Islam led the first planning commission of the country where Dr. Mosharraf Hossain, Dr. Anisur Rahman and Professor Rehman Sobhan were members. Most of them had enormous contributions in forming six-point demand during Pakistan era and all of them had played key role in restructuring the newly independent Bangladesh. But except Professor Sobhan none of them got these prestigious awards. Alam Khan and Alauddin Ali are among some of the most brilliant music composers that our film industry has ever produced. But still none of them has received any of these awards. Actor Humayun Faridi or singer Azam Khan’s contributions were evident in their respective field and both of them were freedom fighters. Yet, they were nominated for these awards years after their death.

Despite being nominated for these awards very few people rejected them whereas some people directly or indirectly claimed these awards. When nominated for Independence Award in 2015, National Awami Party president and an advisor of Mujibnagar Government Professor Muzaffar Ahmed said he would not receive this award as he never served the country for any recognition. On the other hand, renowned poet Nirmalendu Goon initially was not nominated for the Independence Award in 2016. But later when he expressed his anger through a facebook post (after observing the government didn’t name him for the award), his name was included. If anyone checks the list of award winners carefully, it will be clear many of the recipients of these awards were nominated based on political considerations. And respective governments hardly awarded the deserving people having different political ideology. At the time of the inception of these awards selection of awardees on the basis of political loyalty was tough as back then the number of awards was limited compared to the qualified people. But gradually the number of awards has increased, so did the controversy. 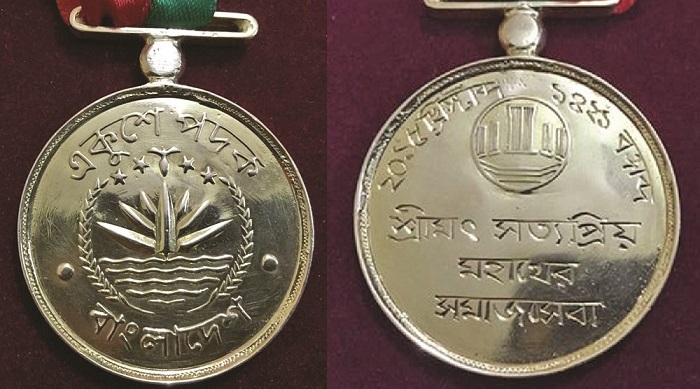 The Ministry of Cultural Affairs has informed that Bangladesh government has bestowed Ekushey Padak upon 295 individuals and 4 institutions so far. Among these 109 were posthumous nominations. And a total of 284 individuals and 28 organisations received Independence Award till now. 138 of these nominations were posthumous. According to ‘Ekushey Padak Policy, 2017’, the number of awardees shouldn’t be more than 15, though there is a provision that the government may increase the number of recipients if they want. But the reasons of awarding 21 persons every year is unknown. Even no one knows that why the number was reduced to 2-3 earlier. Same tendency is observed when it comes to the Independence Award. The last policy formed by the Cabinet Division in 2013 specified that the number of recipients of this award will not be more than 10, albeit the same policy allows the Prime Minister to raise the number of awardees. But ever since the introduction of this award the highest number of people got it in the last 5-6 years. Last year 12 individuals and an organisation received Independence Award. Before that 16 individuals and institutions got this award every year from 2015 to 2018. Such a rise in the number of recipients would not be a problem if the awards were given to the right persons always.

Unfortunately there is no specific mention about how many persons will get these awards every year, what the categories are and who can be considered eligible for these awards. There are policies, but they are hardly followed while selecting awardees. The government can nominate any notable individual and organisation for these awards. The aspirants who expect these awards or the people who nominate them need to submit at least 30 copies of application to different places. Most of the distinguished personalities feel embarrassed and uncomfortable to go through such process. Consequently, in most cases jury board or the committee formed by the government nominate the awardees. Juries and committee members have to be objective and rational so that state awards are given to the right person as these are associated with the image of our country.