Army will not be deployed in CCC polls: EC 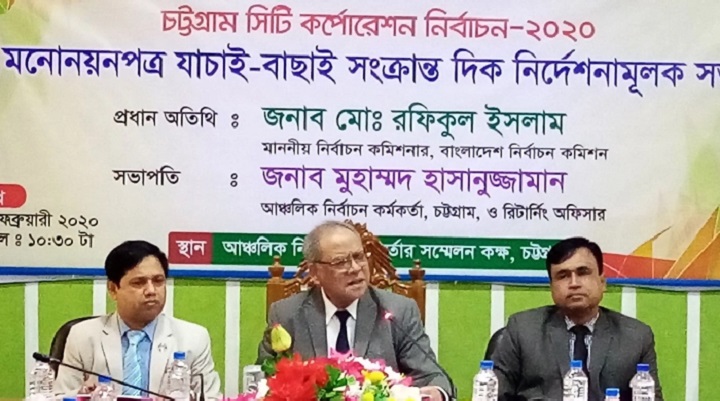 Election Commissioner Mohammad Rafiqul Islam said on Friday members of the armed forces will not be deployed in the forthcoming election to Chattogram City Corporation (CCC).

But, the unarmed members of army will remain present in the polling centres to assist the EVM technology so that no one will be deprived of casting his vote.

Rafiqul Islam also said that armed forces members will only look after the technical matters of the polls.

He said the EC is trying its

level best to maintain the peaceful environment in the polling centres.

The election commissioner told these while replying to questions of journalists at the end of the election preparatory meeting held at Chattogram Zonal Election Office this morning.

Rafiqul Islam informed that there is no scope of deferring the election date because HSC exams will begin from April 1 next.

Moreover, it is unthinkable to hold election in the rainy season in the port city.