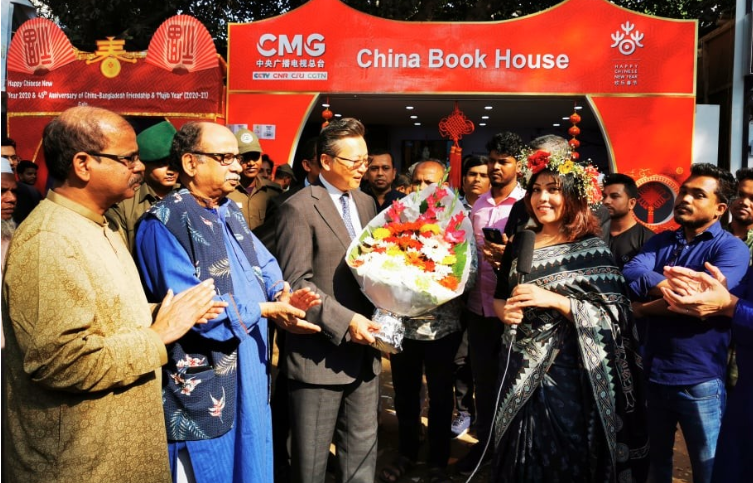 Chinese Ambassador to Bangladesh Li Jiming on Friday visited the ‘Ekushey Book Fair 2020’ and interacted with readers, including children, at China Book House.

The Embassy of the People’s Republic of China in Bangladesh and Bangladesh Bureau, China Media Group jointly set up the pavilion at the Ekushey Book Fair for the first time.

Zha Mingwei of the cultural section of the Chinese Embassy in Dhaka was, among others, present during Ambassador Jiming’s visit to the fair in the afternoon.

Among the books, Xi Jinping: The Governance of China, China’s Culture, China in the next 30 Years, Healthy China: 1949-2019, Where is China Going, Studying in China, China Creative Digest and Chalkbazar to China (written in Bengali), among others, attracted the visitors most in the fair that began on February 2.