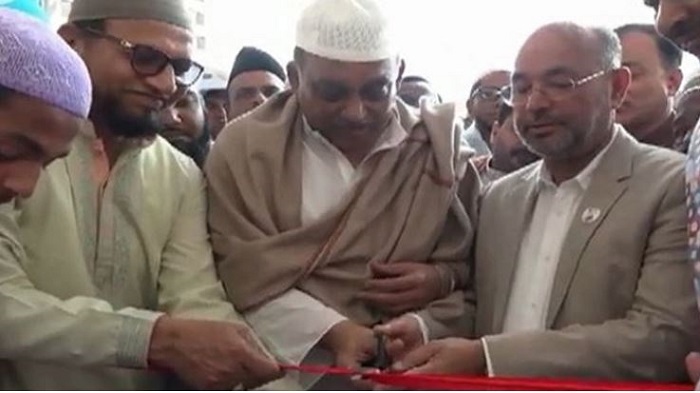 Home minister Asaduzzaman Khan Kamal on Friday said criminal investigation is underway against those, who are involved in the wrongdoings of expelled Jubo Mohila League leader Shamima Nur Papiya.

“Those, who committed crimes or were involved in the illegal activities of Papiya, will be brought under the ambit of law after investigation,” he said.

The home boss came up with the remark while talking to journalists after inaugurating a just-constructed building of Darul Ulum Mobia Islamia Madrasha in Gerua Bazar area of Ashulia, on the outskirts of the capital this noon.

“None will be spared if he or she commits any crime. Wrongdoers will be brought under the purview of law, no matter which party they belong to.”

Drives against the corrupts and illegal casino runners are still going on, said Asaduzzaman Khan Kamal adding that, “No criminal will get any shelter from the ruling party.”

Regarding HC’s rejection of BNP chairperson Khaleda Zia's bail petition in the Zia Charitable Trust corruption case, the home minister said, “The government has no influence on the judiciary system of the country. Everything regarding the bail of Khaleda Zia is happening as per legal procedure.”