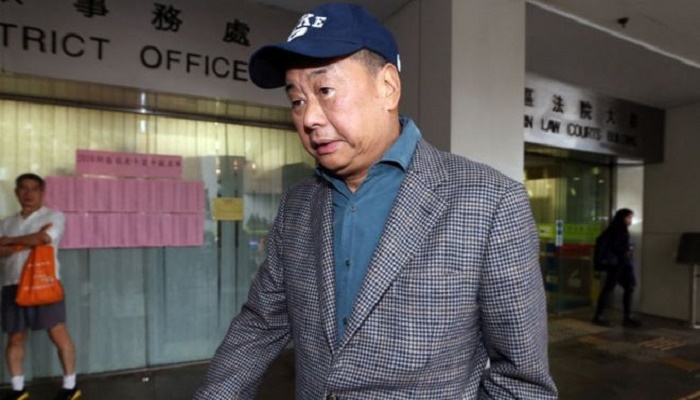 One of Hong Kong's most high-profile entrepreneurs, pro-democracy tycoon Jimmy Lai, has been charged with illegal assembly and intimidation.

The illegal assembly charge relates to a banned anti-government march on 31 August, which Mr Lai is accused of attending, reports BBC.

The intimidation charge relates to a clash with a journalist in 2017.

They have also been charged with one count of illegal assembly in relation to the same protest.

Senior Superintendent Wong Tung-kwong said all three men would be called to the Eastern Magistrate Court on 5 May.

The coronavirus outbreak has paused the city's pro-democracy rallies - but anger against the government is still widespread.

Prior to the outbreak, the city had seen almost weekly protests, with activists having a series of demands - including more democracy and less control from Beijing.

According to an Apple Daily report, 71-year-old Mr Lai was arrested at his home and taken to a Kowloon police station.

The journalist Mr Lai is accused of intimidating is from news outlet Oriental Daily - a major rival of Apple Daily that's seen as being pro-Beijing.