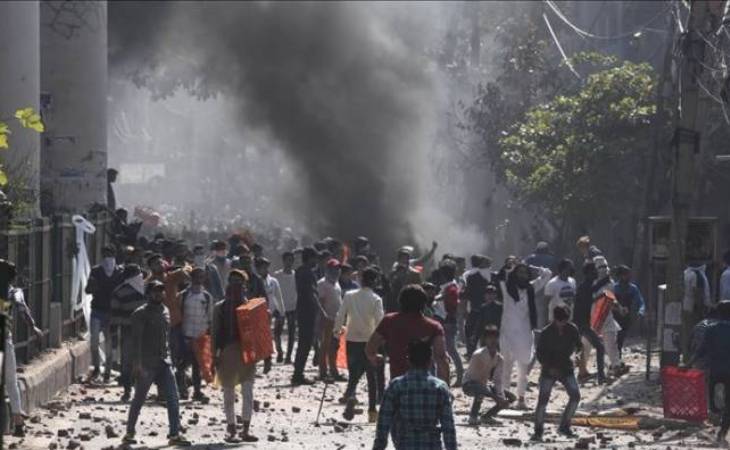 At least 42 people have lost their lives and more than 250 injured as armed mobs rampaged through parts of northeast Delhi since Sunday and continued till Tuesday, looting and burning buildings and attacking the residents.

The Indian capital witnessed unprecedented violence as two groups — supporters and opponents of the Citizenship Amendment Act (CAA) — clashed in the Northeast district. As the riots went out of control, the police had also issued shoot at sight orders in parts of the northeast district on Tuesday evening.

The violence started on Saturday last week after BJP leader Kapil Mishra carried out a rally in Jaffrabad area and gave a three-day ultimatum to the anti-CAA protesters in the area to clear. “Three days’ ultimatum for Delhi Police – clear the roads in Jaffrabad and Chand Bagh. After this, we won’t listen to you,” he declared. In a video of the speech, he can be seen making these incendiary comments even as a Delhi Police officer stands next to him.

Delhi High Court reprimanded the state police for its inaction against BJP leaders Kapil Mishra, Anurag Thakur, Parvesh Verma who have given hate speeches against anti-CAA protesters and targeted Muslims.

However, Justice Muralidhar, who grilled the city police for its inability to handle the riot situation, was transferred to the Punjab and Haryana High Court in a late-night order on Wednesday.