We Need Evidence, Not Prejudice, to Beat COVID-19 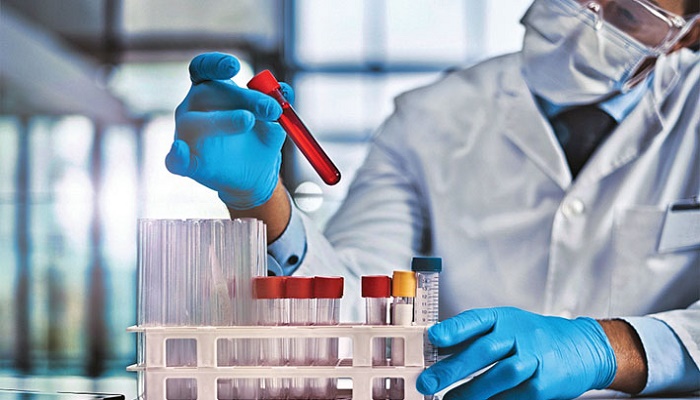 A week ago, it looked as though the COVID-19 could be brought under control. Now, for the first time, I'm concerned about the potential for the outbreak of the coronavirus to become a global pandemic. Many Western media speculations about the potential for tens of millions of deaths worldwide is still overblown, but we are entering a critical phase in the fight against the virus.

Within China, attempts to contain the virus seem to be working: whilst the situation within Hubei Province remains serious, cases outside Hubei are largely on the decline. I've been critical of the Western media in recent months for being too Western-centric, for failing to understand how other cultures and countries operate.

Oddly, then, it seems that when it comes to the coronavirus, we've become far too focused upon China alone.

Back in January, I commented that the biggest global threat would be if the coronavirus were to take hold in a country with a less robust healthcare system. A secondary threat is if those who have the virus are not immediately open and honest about it, which causes delays in identifying new cases and people who might be at risk.

To the Western media, "news" must be "new" – and until very recently, those concerns were hypothetical, without a human face. It's difficult to report on something which is precisely the same as it was last week, however important it is.

The biggest risk factors for the COVID-19 aren't also big news, because they remain the same from one day to the next – until the number of cases starts to spike. The media, therefore, did not report on the biggest genuine threats: until there are actual cases which fit that pattern, it doesn't provide the basis for the kind of story they wish to report.

Now, as the virus has gone elsewhere, the media begins to catch up.

From an international perspective, there are three locations which are particularly worrying. In Iran, at the time of writing, 12 people have died out of 47 cases. Elsewhere in the world, the death rate is in the order of two percent, and even then, the figures tend to appear lower because cases are reported before it is known whether or not a patient will recover.

When Iran is reporting a death rate that is already almost at 20 percent, by far the most likely explanation is that Iran has failed to diagnose many more cases of the virus. For Iran to have such a high proportion of deaths compared with the rest of the world is, statistically, so unlikely as to set all kinds of alarm bells ringing.

Without diagnosis, it's incredibly difficult to trace contacts and prevent future cases. If Iran has indeed failed to identify other less serious cases which did not require hospitalization, then the virus will continue to spread in ways which will defy the ability to trace it.

Their decision to close schools and religious and cultural centers across 14 provinces suggests they are aware they have an issue with cases going unreported: nowhere else has seen such a blanket approach with so few cases.

In South Korea, the virus has spread through the Shincheonji religious sect. This proved difficult to trace, becoming evident only through the use of GPS tracking. Furthermore, those in South Korea who have defied the ban on public protests risk spreading the virus further.

There is always a danger of misinformation, particularly where a government is not trusted by a significant minority of the people, leading to the failure of control measures. Politically, it would be much harder for the South Korean government to mirror China's actions in quarantining an entire city or province.

In Italy, a sudden rise in cases to more than 200 suggests that they have failed to find their so-called "Patient Zero" – the first person infected. Whilst it's still likely that they will be able to bring it under control, having placed 10 towns in the Lombardy region on lockdown, the rate of progress is a clear concern.

Beyond these areas, there is the potential that other countries with weaker healthcare systems might be in the same situation as Iran – but we don't yet know it. Even supposing that the outbreaks in Iran and South Korea can be brought completely under control, there is still the potential for under-reporting elsewhere in the world.

The spread of a virus depends upon science, not politics. The response must be based upon evidence, not prejudice.

The writer is a former member of the European Parliament