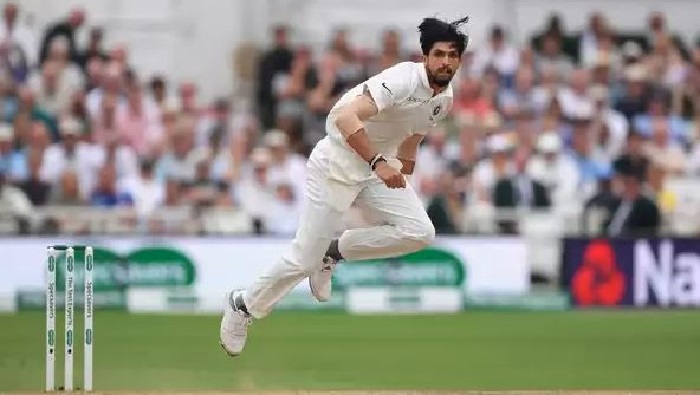 Ishant Sharma is set to miss the second Test against New Zealand in Christchurch after a recurrence of his right ankle injury sustained during a Ranji Trophy game against Vidarbha in January.

The Indian pacer is likely to be replaced by Umesh Yadav in the playing XI.

The veteran seamer was present in the nets and did bowl for a while two days out from the match on Thursday.

But he however, was absent from training on the eve of the match. According to a source, Ishant had informed the team management of pain in the same ankle after bowling for nearly 20 minutes in the nets on Thursday. He was sent for tests on Friday, results for which are still awaited.

Head coach Ravi Shastri and bowling coach Bharat Arun were spotted having a lengthy chat with Umesh on the sidelines of the nets session, which wasn't attended by Jasprit Bumrah and Mohammed Shami either. The two however, had bowled lengthy spells the previous morning at the Hagley Oval nets.

Ishant's absence will be a massive blow for the Indian team, who are looking to level the series after suffering a heavy defeat at the Basin Reserve. Ishant had incidentally returned to action after a month-long injury lay-off owing to the ankle injury he'd suffered in January. He was also by far the best of the Indian bowlers in Wellington, finishing with figures of 5 for 68 in New Zealand's first innings.

The Indian team not surprisingly is learnt to have left the decision to rule Ishant out till as late as possible. But it looks very likely now that he will sit it out as they don't want to take the risk of playing him and then losing a specialist bowler midway through the game.

Losing Ishant though means that India will enter the Hagley Oval without their holding bowler, who also happens to be their most experienced. It'll be interesting to see how it changes the dynamics of their attack, and possibly could also impact which of the two spinners gets the nod after R Ashwin was preferred in Wellington.

Umesh has never appeared in a Test in New Zealand and has of late played most of his Tests on home soil. He last appeared in an away Test at the Perth Stadium in December 2018, when India played four fast bowlers. But Umesh had a rather successful home summer, where he played mostly in place of the injured Bumrah, with 23 wickets at 13.65 in 4 Tests. His away record though doesn't make for impressive reading with 46 wickets at 42.19 in 17 Tests.