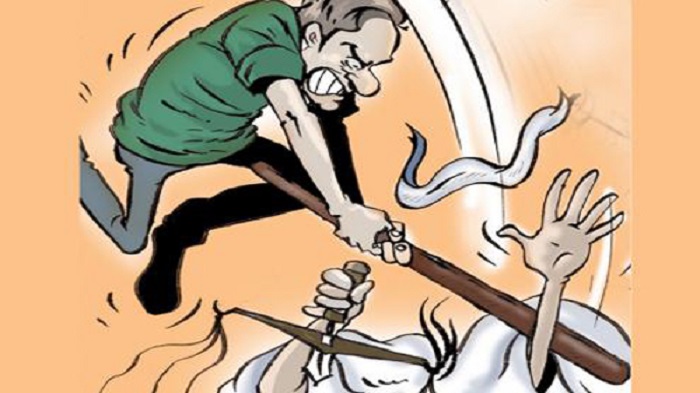 A pharmacy shop owner was killed allegedly by his son as the latter hit him with a crowbar over a family feud in Ashulia, on the outskirts of the capital, on early Friday.

Deceased Joynal Abedin, 45, died on the spot after he was hit with the crowbar in the house in Dosaid area of Ashulia.

Locals nabbed his son Limon and wife Laily Begum after the incident and handed them over to law enforcing agency.

Confirming this to media, sub-inspector Samiul Haque of Ashulia Police Station said, “Joynal Abedin was allegedly hit with the local weapon by his son as he did not give him money for drugs on early Friday. The victim died on the spot from the injury.”

“Victim’s son and wife were arrested in the incident. Details can be known after elaborate investigation,” he said.

The SI also said that police were preparing to file a case in connection with the murder, adding that, “The body of the victim would be sent to the Shaheed Suhrawardy Medical College Hospital for an autopsy.”