2 'robbers' killed in 'gunfight' with rivals 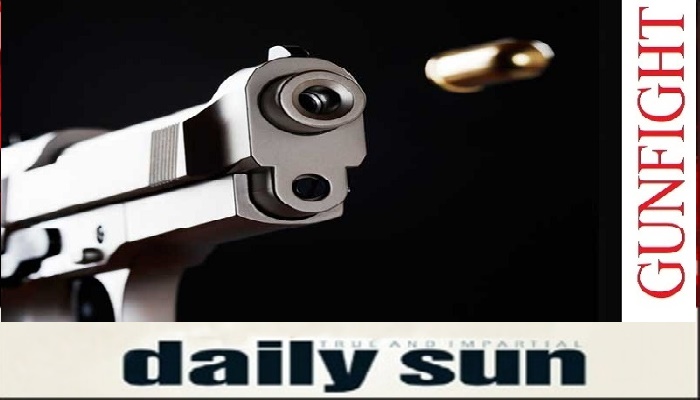 Two alleged robbers were killed in a reported gunfight with rivals at Mangalkandi area in Sonagazi upazila of Feni early Friday.

One of the deceased was identified as Sharif, son of Obaidul Haque of Safarpur village in the upazila.

Mainuddin Ahmed, officer-in-charge of Sonagazi Police Station, said a team of police went to the spot hearing gunshots around 3 am and found the two bullet-hit bodies. They sent those to Sadar Hospital morgue for postmortem.

Police suspected that there might had been a gunfight between two groups of robbers which left the duo dead on the spot.

Two guns, one bullet and eight bullet shells were recovered from the spot, police claimed.