Japan to close schools nationwide to control spread of virus 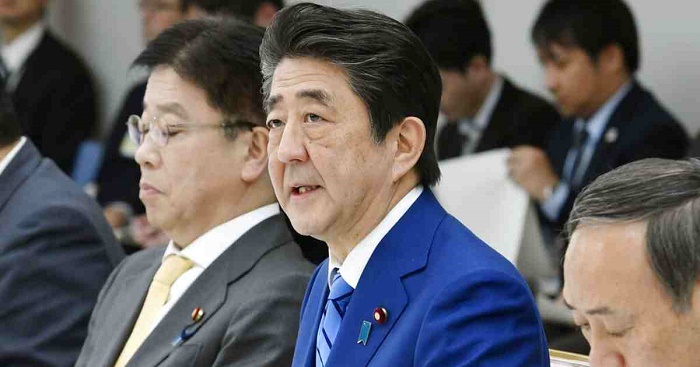 Japan will close schools nationwide to help control the spread of the new virus, the government announced Thursday.

"The coming week or two is an extremely important time," Abe said. "This is to prioritize the health and safety of the children and take precautions to avoid the risk of possible large-scale infections for many children and teachers who gather and spend hours together every day."

The decision comes amid growing concern about the rise in the number of untraceable cases of the virus in northern Japan and elsewhere. Japan now has more than 890 cases, including 705 from a quarantined cruise ship. An eighth death from the virus was confirmed Thursday in Japan's northernmost island of Hokkaido, now considered a site of growing cluster.

Officials in the northernmost main island of Hokkaido said they were closing all 1,600 elementary and middle schools. Hokkaido now has 54 confirmed cases, the largest in in the country outside the cruise ship.

The emergency school closures come as schools were busy preparing for graduation ceremonies at the end of the school year. Koizumi primary school Vice Principal Norinobu Sawada said the decision to suspend classes was unavoidable.

"The most important thing is to prevent infections, so there aren't many other options," he said.