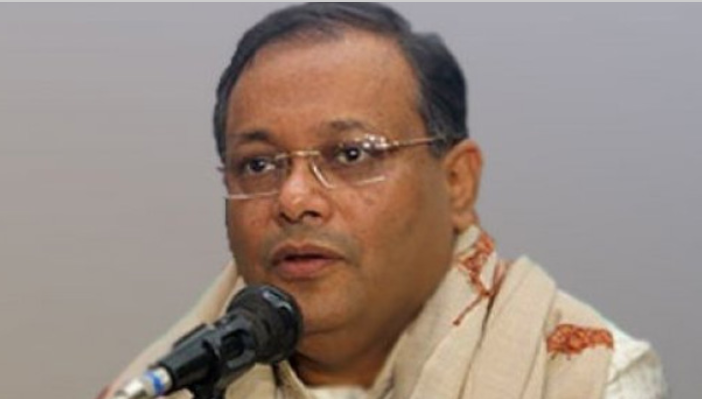 Information Minister Dr Hasan Mahmud said the proposed mass media employees’ law will be placed in the cabinet soon to bring all media workers, including electronic media personnel, under the purview of legal protection.

“Flaws of the proposed law have been removed. Media employees are not laborers by any means. So, we are hopeful to place the law in the cabinet after holding another meeting on it,” he said.

The minister was addressing as the chief guest the inaugural ceremony of biennial general meeting of Dhaka Union of Journalists (DUJ) at Jatiya Press Club (JPC) auditorium.

Dr Hasan said media employees were made labourers during the tenure of BNP-Jamaat but this new law will remove this.

“Secretaries committee meeting has already been held. We will be able to place it in the cabinet meeting after holding another meeting,” he added.

The information minister also expressed his optimism that the proposed broadcast law will also reach the ministry after getting approval of the Law, Justice and Parliamentary Affairs Ministry.

Presided over by DUJ president Abu Jafar Surjo, the function was addressed, among others, by Bangladesh Federal Union of Journalists (BFUJ) president Mollah Jalal and secretary general Shaban Mahmood.

There was no such big challenge to announce previous wage-boards, he said, adding that it became a challenge to declare the 9th wage-board as there was a case related to it in the High Court, and a rule was issued and information secretary was also summoned in this regard.

The 9th wage-board was declared during the period when legal barriers remained vacant,” he added.

Dr Hasan said lawyers were appointed after consultations with the attorney general.

Terming media as conscience of the country and the nation, he said journalists present true picture of society with their write-ups.

Society, the state and the government as well get guidelines from the media as to what to do for the betterment of the nation, the information minister said.

Media can empower the powerless and make those able to speak who virtually do not have space to speak, he said.

Mentioning Prime Minister Sheikh Hasina’s government as a journalist-friendly one, he said the country witnessed a massive development of mass media in the last 11 years.

Eleven years ago the number of newspapers was around 450 but now the number rose to over 1250 while there were only 10 electronic media but now 34 are in operation, Dr Hasan said.

The information minister said there were only a few online media outlets in the past, now over 3500 applications have been submitted for registration of online news portals.

He said the number of media in several European countries and the USA as well is decreasing day by day whereas the number is increasing gradually in Bangladesh. Working area and of journalists has also increased, he added.

That development has been possible because of the government’s media-friendly policy, he added.

“I am trying to see everything with your eyes after Prime Minister Sheikh Hasina gave me the charge of the Information Ministry. I tried to take decisions after discussing with you,” he added.

Mentioning that journalists keep newspapers alive, he said progress of media could not be ensured depriving journalists.

The wage-board should be followed and implemented for the sake of flourishing newspapers, he said.

It is not logical to ignore the wage board on excuse of cases, he said. In response to the demand of including electronic media into the wage-board, he said it needs framing a fresh law again to do so as the wage-board was formed for newspapers under an act passed in parliament.

But, he said, through the mass media employees law, all journalists including electronic media would be brought under legal safety.

The information minister said the concerned law should be strictly followed in case of any dismissal of journalists.

It will not be accepted that one will be given a letter of dismissal all on a sudden as the state also does not permit it, he added.

He also called upon the media owners to refrain from sacking anyone on sudden notice to put him or her in big trouble.