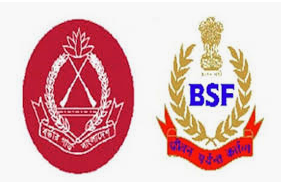 In the meeting, both sides discussed issues like not to open gunfire and killing of innocent Bangladeshis, prevention of cross-border crimes, illegal intrusion and trespassing, smuggling of drugs, women and children trafficking and other issues.

“The meeting was held successfully in a friendly, cooperative and cordial atmosphere between the two neighbouring border guards,” Colonel Khan told local reporters after attending the meeting.

Earlier, Colonel Khan welcomed his counterpart DIG of Raiganj BSF Sector Sidu with wreaths on arrival of the BSF delegation on the zero line adjacent to the Hili CP border outpost of BGB.