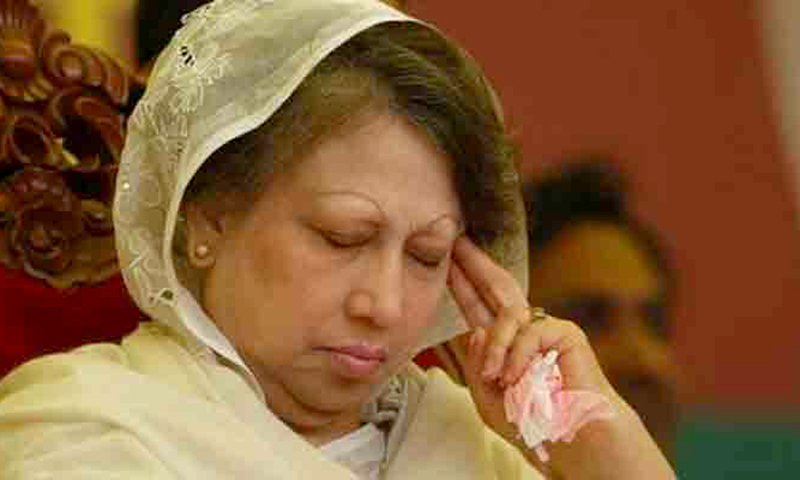 The court also said that the treatment of the former prime minister is possible at BSMMU.

The bench of Justice Obaidul Hassan and Justice AKM Zahirul Huq passed the order after hearing the bail petition on Thursday.

In its observation, the court said it is possible for the board to provide treatment to Khaleda Zia. “If she wants, the medical board will start the treatment anytime soon. If it’s required, the number of the seven-member board could be increased,” the court added.

The bench read out the health report of the former prime minister in the morning after Supreme Court Registrar General placed the medical report before the bench submitted by the authorities of Bangabandhu Sheikh Mujib Medical University (BSMMU) a day back.

Besides, Khaleda’s lawyers had sought time till Sunday to know why she did not allow medical board to provide her advanced treatment.

On Feb 23, the HC bench asked BSMMU vice-chancellor to submit a report on the BNP chairperson’s health and fixed February 27 for the hearing on the bail petition. On February 19, the BNP chief filed a fresh petition for bail with the High Court, citing illness.

It was mentioned in the petition that the BNP chairperson is seriously ill and she needs advanced treatment. “Khaleda is not getting proper treatment at the BSMMU. She wants to go to London for better treatment if she gets bail, according to the petition.

Khaleda has been in jail since February 8, 2018 after she was convicted in two corruption cases, including Zia Charitable Trust.