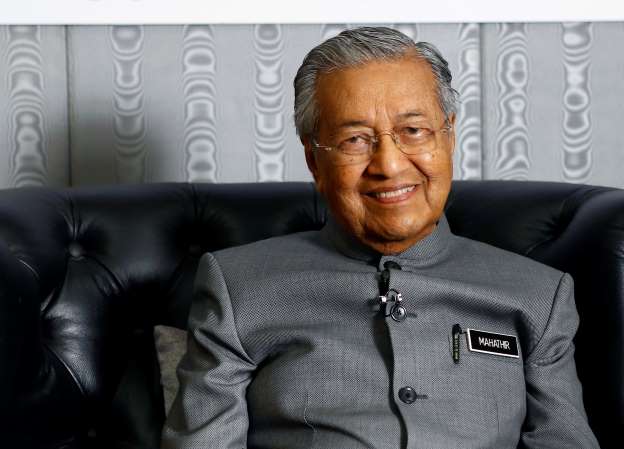 Malaysia’s king summoned Mahathir Mohamad to the palace Thursday, fuelling talks he may have majority support to return as the next Prime Minister after his abrupt resignation and the collapse of his ruling coalition this week.

Mahathir didn’t speak to reporters as he was driven into the palace grounds. The meeting came after the king interviewed lawmakers to determine who they support as Prime Minister and if they want fresh elections.

A comeback as Prime Minister for a third time will be a remarkable feat for Mahathir, the world’s oldest leader at 94, after nail-biting twists, turns and machinations in the political drama that unraveled over the weekend. A failed bid by Mahathir’s supporters to form a new government without his named successor Anwar Ibrahim plunged the country into a political limbo.

A total of 37 lawmakers, led by Mahathir’s Bersatu party, left the ruling alliance, depriving it of majority support and sparking a crisis less than two years after it ousted a corrupt-tainted coalition that had ruled for 61 years. The king dissolved the Cabinet but reappointed Mahathir as interim leader.

The result was a renewed battle between Mahathir and Anwar, whose political feud has stretched more than two decades.

Mahathir said Wednesday he had quit to show he wasn’t power crazy and because he doesn’t want to work with the former corrupt regime that he had ousted in 2018 polls. Despite a prelection pact to handover power to Anwar, he said Parliament should pick the next leader and that he would form a non-partisan government if he is chosen again to helm the government.

“I just want to do what is best for the country. … I believe, rightly or wrongly, politics and political parties must be set aside for now. If allowed, I will form an administration that does not side with any party. Only national interest will be prioritized,” Mahathir said in a televised message.

His unity government plan was rejected by Anwar’s camp, which said it would only create a “Mahathir government” that is not accountable to the people and unsustainable.

Anwar said lawmakers from the three remaining parties in his alliance have nominated him as the prime minister after Mahathir rejected their offer to restore their former government. He has said they will wait for the king’s decision. His camp still controls 41% of parliamentary seats but could be the largest bloc after two key Malay opposition parties withdrew their support for Mahathir.

Anwar was Mahathir’s deputy during Mahathir’s first stint in office in the 1990s, but he was sacked following a power struggle and later jailed on sodomy and corruption charges that he said were trumped up. Anwar led a reform movement that helped built a fledgling opposition but was jailed a second time for sodomy in 2014 in a move he said was aimed at killing his political career.

Mahathir, who retired in 2003 after 22 years in power, made a comeback in 2016 spurred by anger over a massive graft scandal involving a state investment fund. Mahathir and Anwar reconciled and forged an alliance that won a historic vote in 2018 that ushered in the first change of government since independence from Britain in 1957. But their relationship remained uneasy as Mahathir refused to set a time frame to hand over power to Anwar.