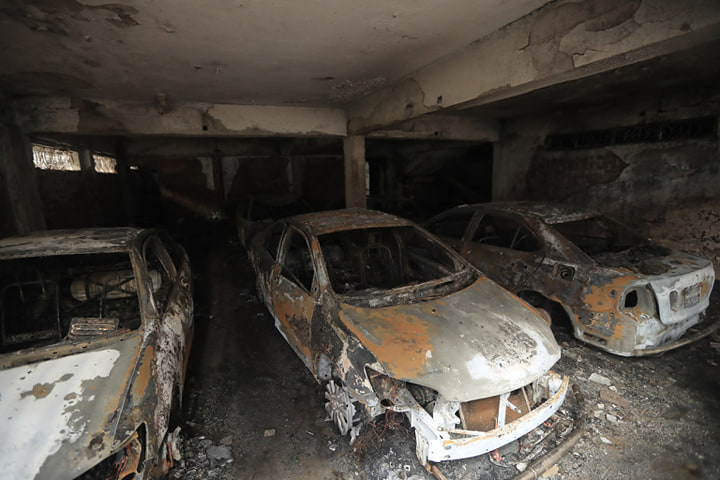 A five-member committee was formed to investigate the fire that broke out at a multi-story building on Dilu Road in city’s Moghbazar area early Thursday killing three people.

Three people were killed and five others suffered burns in the fire that broke out at a the garage located on the ground floor of a five-story building around 4:32am, the fire service said.

Two of the deceased were identified as Abdul Quader, 40, Rushdi, 4, son of Shahidul Islam, a resident of the building.

Eight firefighting units extinguished the blaze around 5:30am.

Among those rescued, five people, including Rushdi’s parents Shahidul, 40 and Jannatul Ferdous, were sent to Dhaka Medical College Hospital.

Garments accessories are housed on the first and second floors while the garage is the only exit and entry point of the building.

The cause of the fire is still unclear.

A large number of buildings in Bangladesh lack fire safety. Many do not have emergency exits, which cause loss of lives during events of fire.