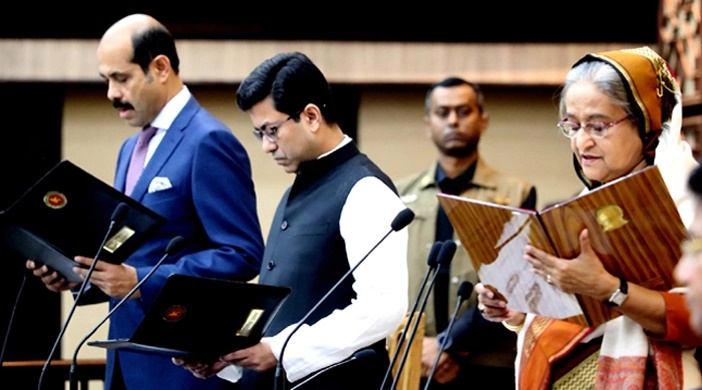 Besides, Local Government, Rural Development and Co-operatives Minister Md Tazul Islam administered the oath of offices to the councellors from the general wards and reserved women’s seats in the two city corporation at the same venue.

However, the newly-elected mayors and councillors will have to wait until mid-May to take over charge as the five-year tenure of the incumbent public representatives of DSCC will expire on May 17 while that of DNCC on May 13 next.

The polls to the DSCC and DNCC were held on February 1. Awami League-backed candidates- Barrister Sheikh Fazle Noor Taposh and Atiqul Islam-swept the elections as residents of the capital elected their mayors to hold the offices of DSCC and DNCC for next five years.

A gazette notification was issued on February 4. There is a legal obligation for any mayor or councillor of the city corporation to take oath within one month after the gazette is published.