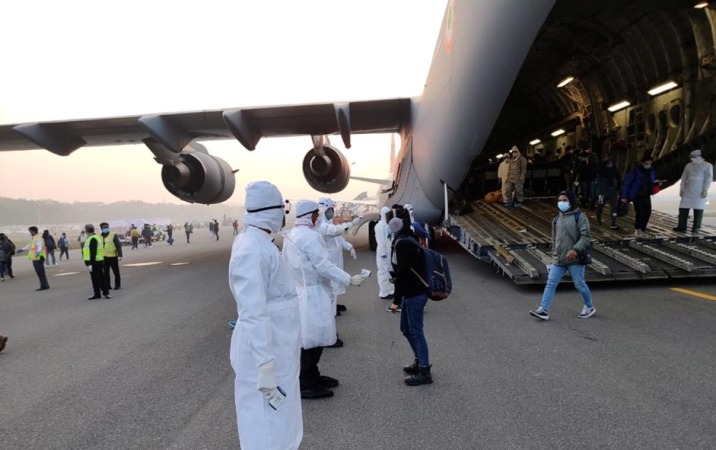 Twenty-three more Bangladeshi nationals have been evacuated from China’s Wuhan, the epicenter of the coronavirus outbreak.

They were flown to Delhi on Thursday by a special flight with a number of other Indian nationals, said the Indian High Commission in Dhaka.

The Bangladeshi nationals will be quarantined in special facilities in suburbs in Delhi.

More than 80,000 people in about 40 countries have been infected with the new coronavirus which emerged in December. More than 2,700 have died. The vast majority remain in China.

Bangladesh brought back 312 of its nationals from China on February 1 and the remaining Bangladeshis registered to return home.

Initially, a small group of nine Bangladeshi students along with their Indian friends made a request to the Embassy of India in Beijing seeking their helping hand, a student said.

However, as required by the Chinese authorities, their request needed to be forwarded to Indian Embassy as a diplomatic note by Bangladesh Embassy in Beijing, said the student who wished to remain anonymous.

The diplomatic note from Bangladesh Embassy conveyed their concurrence or no objection to Bangladesh students’ evacuation on board the Indian flight, the student said.

Bangladesh Embassy also sent a separate diplomatic note to the Ministry of Foreign Affairs of China conveying the same.

The government of India sent a consignment of medical supplies on board a relief flight to Wuhan to aid and assist China in its efforts against the COVID-19 epidemic.

On its return, the flight had some limited capacity to take on board Indian nationals wishing to return to India from Wuhan, Hubei Province.