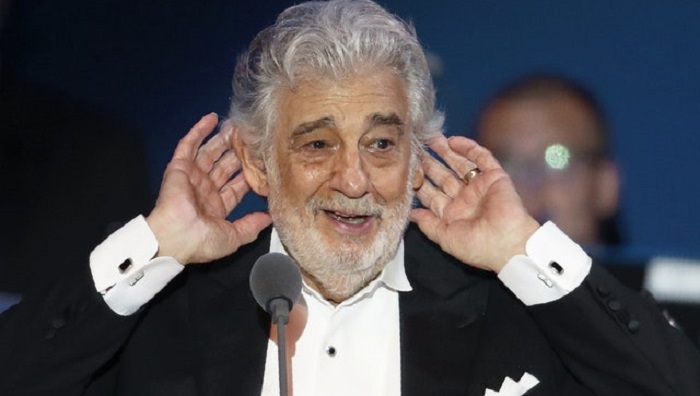 Spain's culture ministry on Wednesday cancelled a performance by opera star Placido Domingo, a day after he accepted "full responsibility" in a sexual harassment scandal.

It is the first time an appearance by the storied tenor-turned-baritone has been called off in his native Spain since he was accused last summer of forcibly kissing, grabbing or fondling at least 20 women in incidents dating back to the 1980s.

"Until now, the situation was different, there was a presumption of innocence," Culture Minister Jose Manuel Rodríguez Uribes told reporters.

"But at the point when he said it actually happened -- and we're talking about serious incidents involving many women -- we decided we couldn't go ahead with him present and we told him."

In a statement, the National Institute for Scenic Art and Music (INAEM) said he would not be appearing in two performances of "Luisa Fernanda" at Madrid's Zarzuela Theatre on May 14-15 "in solidarity with the affected women".

Composed in 1932, the operetta -- or zarzuela -- is set to the backdrop of the revolutionary struggles that took place in Madrid in the 19th century.

The performance would have marked 50 years since the 79-year-old's debut at the prestigious venue.

Until now, Domingo's career has been less affected by the scandal in Europe than in the United States.

The accusations first began to surface in August. Two months later, he stepped down as general director of the Los Angeles Opera and withdrew from all future performances at New York's Metropolitan Opera, effectively ending his US career.

Several of the women said Domingo tried to pressure them into sexual relationships by dangling jobs, and then sometimes punished them professionally when they refused his advances -- but in his statement, he said that had "never" been his intention.

The singer -- who has been a director and conductor at some of the world's most prestigious opera houses -- on Tuesday apologised for "the hurt" caused to his accusers.

"I accept full responsibility for my actions," he said.

"I have taken time over the last several months to reflect on the allegations that various colleagues of mine have made against me," added Domingo, who was one of the most recognised tenors of the 20th century but has since transformed himself into a baritone.

Domingo has maintained all his relationships were consensual, and his apology did not specifically confirm any of the allegations.

His statement came as the American Guild of Musical Artists said it had completed an independent investigation into its members' allegations of sexual harassment and discrimination by the Spanish singer.

The AGMA probe "concluded that Mr. Domingo had, in fact, engaged in inappropriate activity, ranging from flirtation to sexual advances, in and outside of the workplace".

The emergence of sexual misconduct allegations against Weinstein in October 2017 ignited a global reckoning over men who have abused positions of power.

In Europe, Domingo has until now continued to receive standing ovations even as his US career came to a standstill.

Since the allegations surfaced, the Spanish megastar has performed in Austria, Hungary and Russia. He has a string of upcoming concerts in Europe, including a Hamburg performance set for March 22.