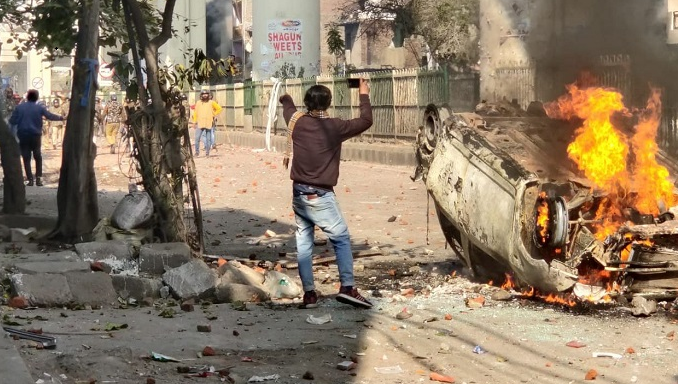 After more than three days of unprecedented violence in northeast Delhi, in which 24 people have died and at least 200 injured, Prime Minister Narendra Modi today appealed for "peace and brotherhood", and said he has held an extensive review of the situation in various parts of the national capital.

"I appeal to my sisters and brothers of Delhi to maintain peace and brotherhood at all times," PM Modi tweeted, in his first reaction to the violence. Stone-throwing between rival groups, arson and vandalism on Tuesday marked unrelenting violence over citizenship law protests that began on Sunday, with reports of fresh arson and stone-throwing this morning.

National Security Advisor Ajit Doval, who has been put in charge of restoring normalcy in the violence-hit parts of Delhi, visited the violence-hit areas to review security this evening. He had told NDTV that there are enough forces on the ground and that no one needs to fear.