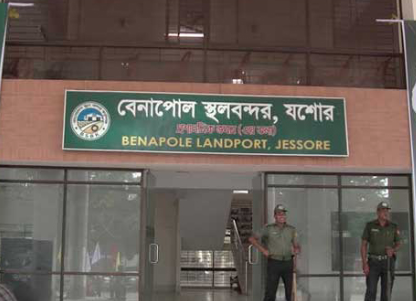 The Anti-Corruption Commission (ACC) has identified 14 sources of corruption in the country’s land ports under the Shipping Ministry.

It filed a report to State Minister for Shipping Khalid Mahmud Chowdhury on the graft sources on Wednesday.

ACC Commissioner Dr Md Mozammel Haque Khan handed over the report to him at his office in the afternoon.

Talking to reporters, Mozammel Khan said the report, prepared by an ACC investigation team, has also put forward 28 recommendations to check corruption in the sector.

After receiving the report, Khalid Mahmud said steps will be taken after investigating the matter.

He also said the activities in the land ports are run not only under Shipping Ministry but also many other organisations, including Home Ministry. “Steps will be taken to stop corruption there. The Prime Minister has declared zero tolerance against corruption. Work is going on to root out corruption keeping this policy in mind.”

In 2017, the ACC formed 25 teams to find irregularities in as many ministries and directorates and make recommendations to check those.