Animals previously gave rides to up to 1,000 visitors a day 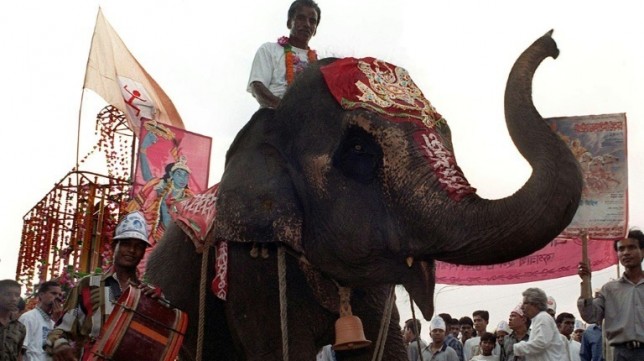 "We agree that these rides were not good for the animals. Elephant rides are a kind of animal abuse and cruelty towards the animal," he said acknowledging efforts of the rights groups.

The elephants had previously been made to give rides to up to 1,000 visitors a day, said Islam.

"The mahouts [elephant caretakers] are unhappy that we stopped a source of their income. But it was clear that the animals were suffering," he added.

Rubaiya Ahmad of the Bangladesh Animal Welfare Foundation welcomed the news as "fantastic".

Dhaka zoo, the largest in and national zoo of Bangladesh, is operated by the Ministry of Fisheries and Livestock.

Located at the capital's Mirpur, it is home to more than 2,500 animals from 137 species, including five Asian elephants and eight endangered Bengal tigers.