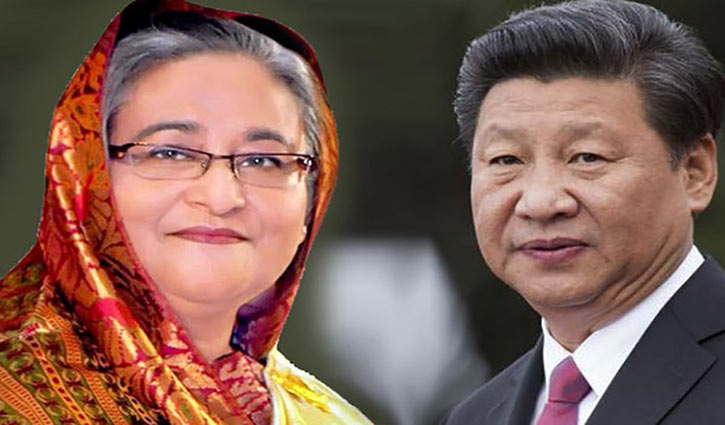 “Your letter of sympathy and support has come at an unusual moment when China is waging a battle against the outbreak of the novel coronavirus,” the Chinese president said in an appreciation message to the Bangladesh premier.

“On behalf of the Communist Party of China, the Chinese government and the Chinese people, I would like to express our appreciation for the friendly sentiments of the government and people of Bangladesh cherish towards China as was adequately reflected in your letter,” said Jinping, also the general secretary of Central Committee of Communist Party of China.

On February 13, Prime Minister Sheikh Hasina sent a letter to the Chinese president, expressing deep condolences for the loss of lives due to the outbreak of ‘coronavirus’ in China and offering the readiness of Bangladesh to extend any help to mitigate the plight of the victims.

In the letter, the premier said: “It is my firm conviction that the government of China, under your great leadership, will be able to face and stop the aggravation of the situation with utmost capacity and control.”

Sheikh Hasina said the government of the People’s Republic of Bangladesh is ready to extend any help to mitigate the plight of the victims.

The Chinese president said since the outbreak, China has responded with concerted efforts of the entire nation and taken the most comprehensive, rigorous and thorough prevention and control measures.

“Thanks to these painstaking efforts, significant progress has been achieved in the war on the epidemic. We have full confidence, capability and determination to prevail in containing and mitigating the epidemic,” he said.

Jinping said China will strive to meet this year’s economic and social development goals. “China’s robust epidemic response is meant not only to protect the life, safety and health of the Chinese people, but also to make contribution for global public health,” he said.

The Chinese president said: “As a dearly beloved statesman of the Bangladeshi people, His Excellency Sheikh Mujibur Rahman played a significant role in promoting China-Bangladesh relations.”

“We in China are following with intense interest the “Mujib Year” celebrations and wishing you a complete success,” he said.