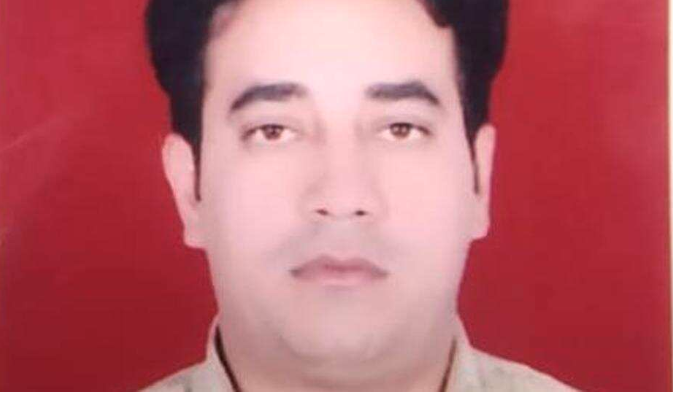 An Intelligence Bureau (IB) officer was killed in Northeast Delhi on Tuesday, during the national capital’s worst violence in last two decades. The incident came to light on Wednesday when the body of 26-year-old Ankit Sharma was pulled out of a drain in Chand Bagh.

Sharma worked as security assistant in the IB, said his brother Ankur. He returned from work at 4:30 pm on Tuesday and went out to see that was happening in the locality when he was caught by those who were protesting against the Citizenship (Amendment) Act or CAA, his brother added.

Sharma was stabbed and dumped in the drain, said Ankur, adding that the protesters caught his friends too who went to save Ankit. The protesters kept firing relentlessly and did not let anyone to come near Ankit, said his brother.

His father Devendra Sharma is an Assistant Sub-Inspector with Delhi Police.

“Such a tragic loss of life. The culprits must not be spared. 20 people have already lost their lives. So painful to watch people of Delhi suffering. Praying that we recover from this tragedy soon n work together to undo damage done to people n communities,” Delhi Chief Minister Arvind Kejriwal said on Twitter, condoling Sharma’s death.

Sharma is the latest casualty in the violence which has so far claimed 20 lives and left more than 250 injured. The protest started on the weekend, but escalated on Monday. The groups protesting for and against the CAA went on rampage on the streets of Jafrabad, Maujpur, Chand Bagh and other localities; they attacked the locals and pelted stones at policemen stationed there. Some vehicles and houses were also torched.

The mob kept roaming on the road underneath the Jafrabad Metro station with swords and guns in hands. More than a dozen policemen were also injured while trying to control the mob.

The city administration and Centre immediately sprung into action and ordered a series of steps to control the mayhem. The Delhi government activated the peace committees and asked them to speak to the locals to shun violence. The Centre, which controls law and order in Delhi, deployed more policemen and clamped prohibitory orders under Section 144 of the CrPC.

Prime Minister Narendra Modi and Delhi Chief Minister Arvind Kejriwal have made appeals for calm after reports of fresh violence on Wednesday morning. Security personnel, including paramilitary forces, conducted flag marches in the riot-hit areas and saw that the road where Ankit Sharma’s body was found littered with stones and glass shards, giving an indication of the heavy stone pelting in the area.

Kejriwal said the situation in Delhi is “alarming” and urged the Centre to call in the army to stem the protests.

The Opposition Congress, meanwhile, launched a blistering attack on the Centre and the Delhi government for the violence in the city. Led by its president Sonia Gandhi, the party demanded immediate resignation of Union Home Minister Amit Shah for “colossal failure” to restore normalcy.