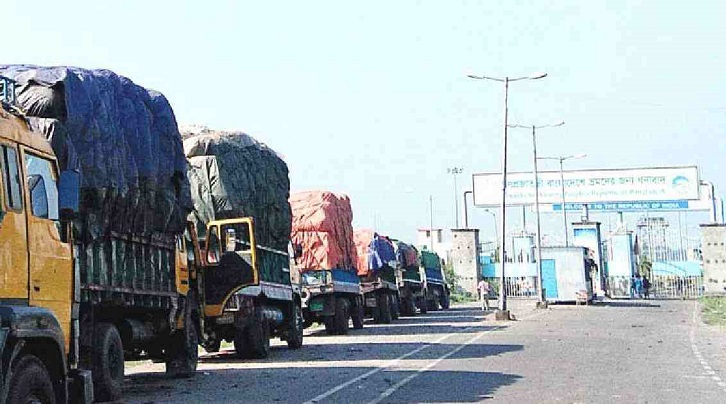 Export and import activities between Bangladesh and India through the Benapole land port remained suspended since Tuesday morning as Border Security Force (BSF) did not allow C&F agents to enter India, reports UNB.

As a result, thousands of goods-laden trucks remained stranded on both sides of the port.

Mafizur Rahman, president of C&F Association of Benapole Land Port, said the reason behind the BSF move was unclear.

But the movement of passengers between the two countries and others activities of the port remained uninterrupted, he added.

Uttam Chakma, assistant commissioner of the Customs House, said it is initially assumed that the reason could be American President Donald Trump’s India visit, for which security along the border has been tightened.