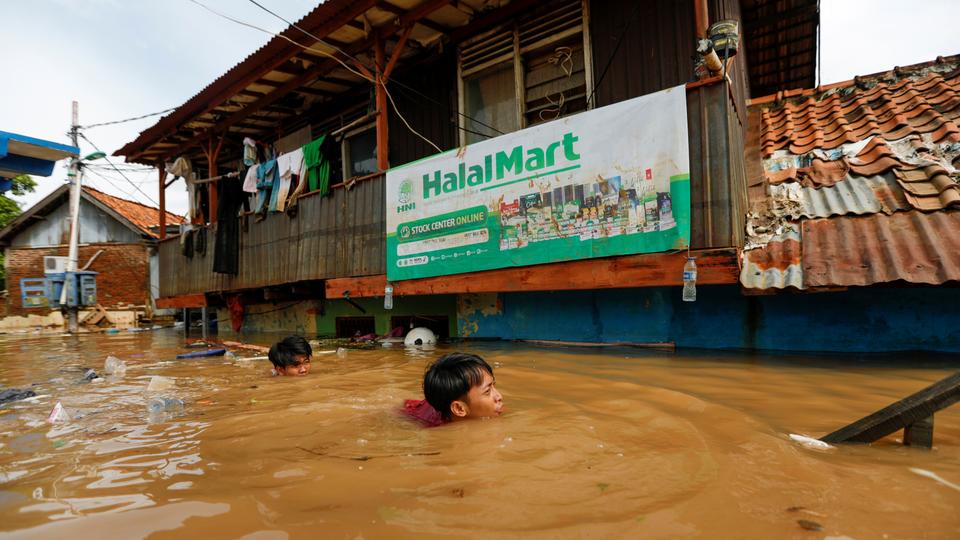 Five people were killed, three more are missing and thousands are unable to return to their waterlogged homes after floods submerged parts of Indonesia’s capital, officials said Wednesday.

The muddy deluge inundated the presidential palace, a major hospital and entire neighbourhoods across Jakarta on Tuesday, only weeks after 70 residents of the low-lying megacity died in some of the deadliest flooding in memory.

Two teenagers were among the five people drowned or electrocuted in hard-hit parts of the city, Indonesia’s national disaster agency said.

Floodwaters reached more than a metre (three feet) in some parts of the capital but were receding by Wednesday, a day after rescuers combed drenched districts in pontoon boats to locate vulnerable residents.

Parts of the city had ground to a halt as thousands of buildings were swamped, sparking power outages and disrupting commuter trains.

Jakarta, a sprawling city beleaguered by massive traffic jams and poor infrastructure, is prone to flooding during the annual wet season.

Indonesian president Joko Widodo last year unveiled plans to relocate the capital to an as yet unbuilt city on Borneo island.