Awami League has courage to punish own leaders for crimes, says Obaidul Quader 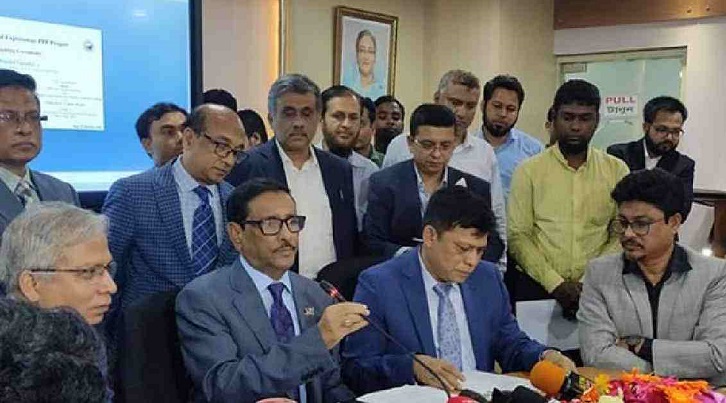 Awami League General Secretary Obaidul Quader on Wednesday said the ruling party has the moral courage to punish its leaders and activists for criminal offences.

"No other party has the courage to punish its own leaders for their crimes. Anyone who commits crimes will be punished. There’s no getting away," he said after signing a contract for Dhaka Elevated Expressway project at Shetu Bhaban in Dhaka.

"Awami League is the only party which imposes severe punishment [on its activists and leaders] for crime,” Quader said.

On February 23, members of Rapid Action Battalion (Rab) raided two city houses of Papiya and her rented presidential suite at a five-star hotel, and seized Tk 58.41 lakh in cash among other things.

The elite force arrested Papiya, 28, her husband Mofizur Rahman alias Sumon Chowdhury alias Moti Sumon, 38, and their two associates – Sabbir Khandaker, 29, and Sheikh Tayiba, 22 – from Hazrat Shahjalal International Airport around 11pm on Saturday while they were trying to flee the country.

Rab also recovered seven passports, around Tk 2.12 lakh in cash, Tk 25,600 in fake currencies of different countries from their possessions.