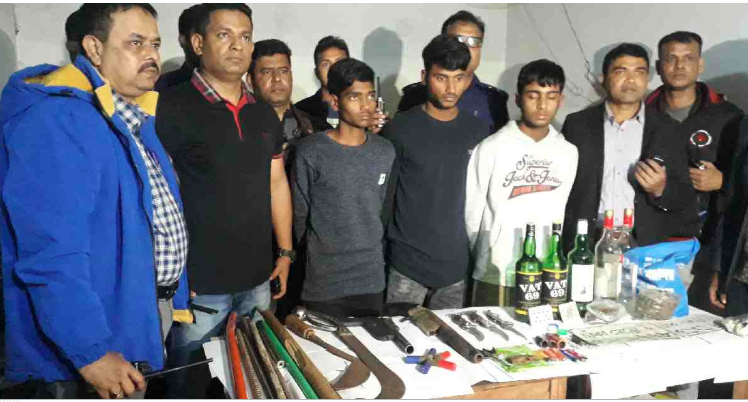 Police in a drive seized firearms, ammunition and bomb making materials from a student dormitory at Sheikhhati in the suburb area of the district early Wednesday.

Police also detained 20 students for interrogation from the dormitory.

As soon as police reached the spot, Jewel, accused in seven criminal cases, fled the place with two of his associates.

On February 21, one Rashedul Hasan Rahul was allegedly beaten up by Jewel and his associates over a trifling matter. Rahul’s family filed a case against them on that day.