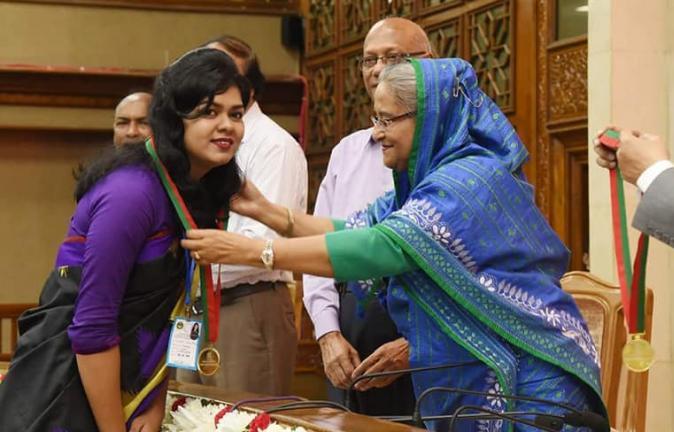 Prime Minister Sheikh Hasina on Wednesday distributed Prime Minister Gold Medal-2018 among 172 meritorious students from 36 universities as they secured the highest scores in their faculties.

The University Grants Commission (UGC) organised the award giving ceremony at the Shapla Hall of Prime Minister’s Office (PMO) in the capital this morning.

A total of 88 female students including a Nepalese and 84 male students received the Prime Minister Gold Medal-2018 as they secured the highest CGPA and marks in their faculties.

Two of the awardees, Md Mobarack Hossain and Sharmin Sultana expressed their gratitude to the prime minister for taking pragmatic measures for the overall development of education and their feelings of getting the medal.

In 2017, a total of 163 students were awarded Prime Minister Gold Medal for their outstanding academic results.