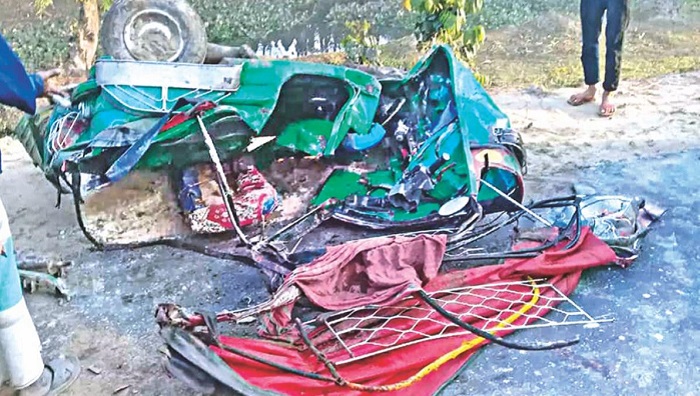 At least five people including three children were killed in a collision between an auto-rickshaw and a jeep at Bottoli bazar in the Laxmipur district town on Tuesday evening.

The deceased were identified as Runa Akter, her minor son Mir Hossain, children Miraz and Abdur Rahim and CNG driver Sumon. All of them were CNG passengers, reports UNB.

The accident took place when the jeep collided with the CNG in the area around 7 pm, leaving the trio dead on the spot, said Md Ruhul Amin, officer-in-charge of Chandraganj police station.

On information, police recovered the bodies and sent them to Noakhali General Hospital morgue for autopsy while the injured were admitted to the hospital.