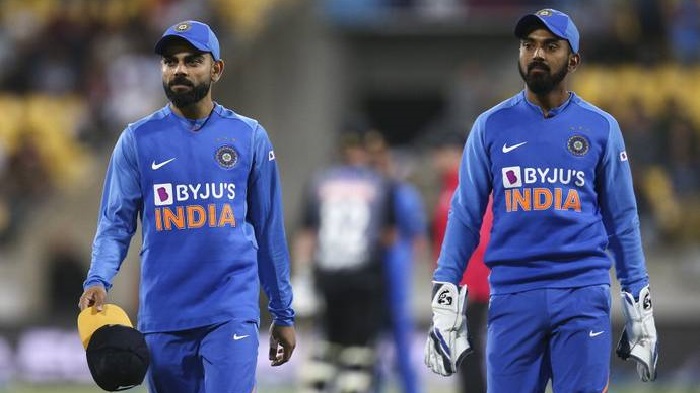 Virat Kohli is expected to be available for one game when Asia XI take on World XI in the two T20I matches organised by the Bangladesh Cricket Board to celebrate the birth centenary of Father of the Nation Bangabandhu Sheikh Mujibur Rahman.

The two games are expected to be played at the Sher-e-Bangla National Stadium in Dhaka on March 21 and 22.

According to BCB president Nazmul Hasan Papon, Kohli is likely to feature in one game while KL Rahul might also play in one, although there hasn't been any confirmation regarding their participation.

Rishabh Pant, Kuldeep Yadav, Shikhar Dhawan and Mohammed Shami are the other Indians named in the Asia XI team revealed by the BCB on Tuesday.

"We have already received four names from India. We haven't signed contracts but Rishabh Pant, Kuldeep Yadav, Shikhar Dhawan and Mohammad Shami are supposed to come.

They have said KL Rahul and Virat Kohli will play one game each, but that hasn't been finalised," Nazmul said.

The 12-member World XI side, which will be led by Faf du Plessis, includes the likes of veterans like Chris Gayle, Ross Taylor and Kieron Pollard. Alex Hales too finds a place with fellow countrymen Jonny Bairstow and Adil Rashid.

Nicholas Pooran and Sheldon Cottrell too will travel to Dhaka with Mitchell McClenaghan being the lone representative from New Zealand. The side will be coached by Tom Moody.

Nazmul added that Rashid Khan and Mujeeb ur Rahman from Afghanistan, and Lasith Malinga and Thisara Perera will be part of the Asia team, along with Sandeep Lamichhane from Nepal. Meanwhile, Tamim Iqbal, Mushfiqur Rahim, Mahmudullah and Mustafizur Rahman will be the Bangladesh representation in the Asia team, while Liton Das might also feature.

"We have spoken with Mujeeb ur Rahman and Rashid Khan last night from Afghanistan and soon we will have an agreement with them. We have finalised with Sandeep Lamichhane along with Lasith Malinga and Thisara Perera from Sri Lanka as well," Nazmul said. "As we have two matches we will try to mix and match Bangladesh players in those two games. Certainly, there will be Tamim and Mushfiqur, and we will also have Mahmudullah and Mustafizur. Also, we might have Liton Das."

The Pakistan players are unlikely to be available for the two matches, with the final of the Pakistan Super League clashing with the second T20I. "As Pakistan is having the PSL, they are uncertain."