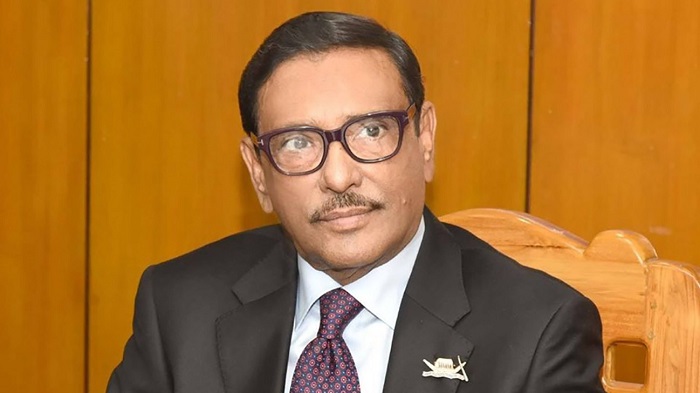 “Prime Minister Sheikh Hasina was aware of the crime of Papiya. He did order to arrest her and bring her under the ambit of law after proper investigation,” he said.

Quader, also the road transport and bridges minister, came up with the remarks while talking to reporters after joining a programme at Setu Bhaban in the capital’s Mohakhali area.

“None will be spared if he or she commits any crime. There was no example of arresting any leader of BNP, when they were in power. Although BNP men got involved in committing crimes,” the AL claimed.

Later on Monday, Papiya and her husband Sumon were placed on a 15-day remand in three cases.

Dhaka Metropolitan Magistrate Md Masud-Ur-Rahman placed Papiya, her husband and two others on a five-day remand after Airport Police Station inspector Kaji Kaikobad, also investigation officer of a case filed for the possession of fake currencies, produced them before the court with 10-day remand plea.

The two others remanded are Papiya’s two accomplices—Sabbir Khandaker and Sheikh Taiba Noor.