Decision on Mashrafe’s ODI career in next BCB meeting 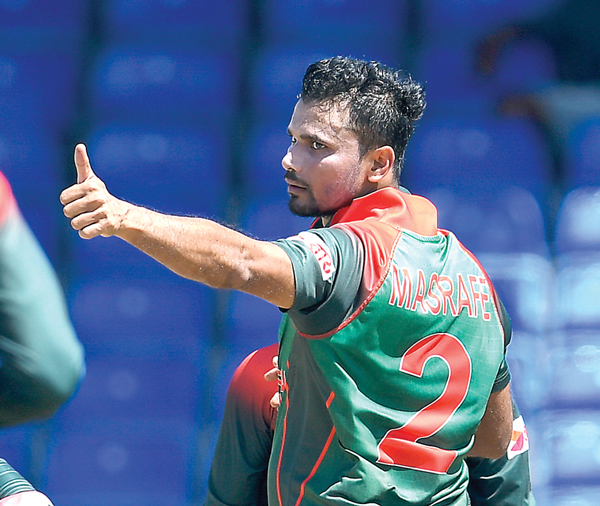 The decision on whether Mashrafe would be allowed to continue his cricketing career after the three-match ODI series against Zimbabwe will be taken in the next meeting of Bangladesh Cricket Board (BCB), said its president Nazmul Hassan Papon.

The BCB head had already made it clear that they would choose a captain, considering the 2023 World Cup as they want the team to get ample time under new captain to build them for the cricket’s biggest extravaganza.

This put a question mark on Mashrafe’s career as BCB president also cast a doubt on the lanky fast bowler’s ability to pass the modern beep test, which determines the players’ fitness.

But he said that Mashrafe, whose retirement issue came to the fore once he performed badly in the 2019 World Cup, would play the series against Zimbabwe as captain.

This will be Mashrafe’s first series since the World Cup in which took just one wicket in eight matches. Mashrafe missed the three-match ODI series in Sri Lanka after the World Cup due to hamstring injury.

“I didn’t say anything like that Mashrafe won’t be the part of the team after the Zimbabwe series. I said that we’ll take a decision about the captain in the next board meeting,” Papon said.

“I can’t say before the meeting that whether he [Mashrafe] would play or not, or whether he would be captain or not. Till this series against Zimbabwe, he is okay and he will be the captain.”

Mashrafe is currently playing just ODI format of the cricket and since he shows his reluctance to walk into sunset in the near future, question came to the fore whether he will play the one-off ODI against Pakistan in Karachi.

Papon remained tightlipped on this issue, saying, “Before the ODI against Pakistan, a board meeting will be held. As I said earlier, everything will be decided in that meeting.”