Mushfiqur should go to Pakistan for country’s greater interest: Papon 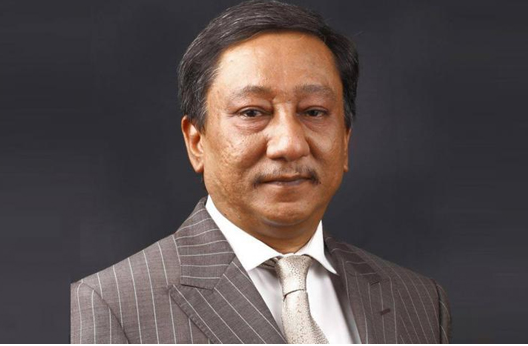 Bangladesh Cricket Board (BCB) President Nazmul Hassan Papon on Tuesday has insisted that Mushfiqur Rahim and other contracted players should go to Pakistan for the greater interest of the country.

The Tigers will go to Pakistan for the third and last phase of the tour in April which they would play a one-off ODI and the second and final Test in Karachi.

Mushfiqur opted against touring Pakistan for the first two phases of the tour that included a three-match T20 series in Lahore and a Test in Rawalpindi, citing security reasons.

Bangladesh was whitewashed in the T20 series and lost the Rawalpindi Test by an innings and 44-run margin.

“I expect him (Mushfiqur) to go to Pakistan. Not only Mushfiq, I also want all the contracted players to be willing to go to Pakistan. One shouldn’t only think about his self-interest, he has to think about the nation’s interest as well,” the BCB head said while speaking to the reporters after the one-off Test against Zimbabwe which Bangladesh won by an innings and 144-
run margin.

While the other players didn’t complain to tour in Pakistan, Mushfiqur acquired the approval from the BCB to not to travel Pakistan after the board high-ups had said that they would not force anyone to go to Pakistan.

However, following Bangladesh’s heavy defeats in the three-match T20 series and the first Test in Rawalpindi, Papon had strongly criticised Mushfiqur’s decision of not travelling to Pakistan.

The ace batsman smashed an unbeaten 203 against Zimbabwe on his return to the side and later was adjudged the man of the match. “[If the security is his concern], he can hear about it from his colleagues who toured in Pakistan. He can talk to Mahmudullah who is his relative. I think if he talks to them, he can alter his decision,” Papon added.

“Pakistan is a different issue and we are not forcing anyone to tour there. But, I think he should talk and visit Pakistan for the last-leg tour.”