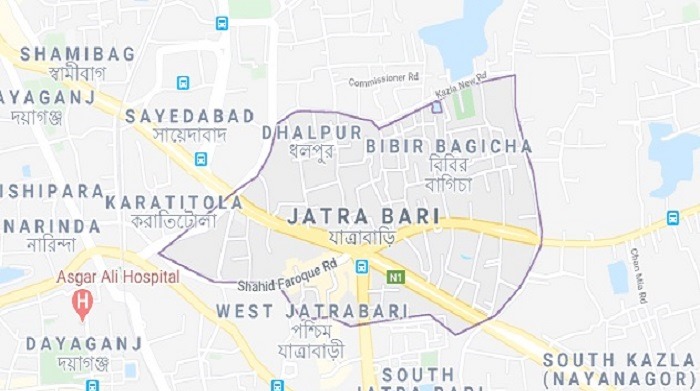 A youth was stabbed to death by a group of some miscreants in broad daylight in Shonir Akhra Gobindapur area of Jatrabari in the capital on Tuesday noon.

The deceased was identified as Imon, 18, son of Abu Bakkar, hailed from Sirajdikhan Nayabari village in Munshiganj.

He used to live with his family in the area.

Quoting victim’s father, Mazharul Islam, officer-in-charge (OC) of Jatrabari Police Station, said that   Abu Bakkar and his son were returning home from their workplace at around 1:30 pm. At that time, Raju and Humayun swooped on Imon and stabbed with sharp weapons indiscriminately over previous enmity in the presence of his father near Gobindapur Government Primary School, leaving him critically injured.

Later, victim’s father took his son to Dhaka Medical College Hospital (DMCH) where doctors declared him dead at around2:30 pm, the OC said.

The body of Imon was kept at the hospital morgue for an autopsy.

The OC also said the miscreants managed to flee the spot and drives were underway to nab them.