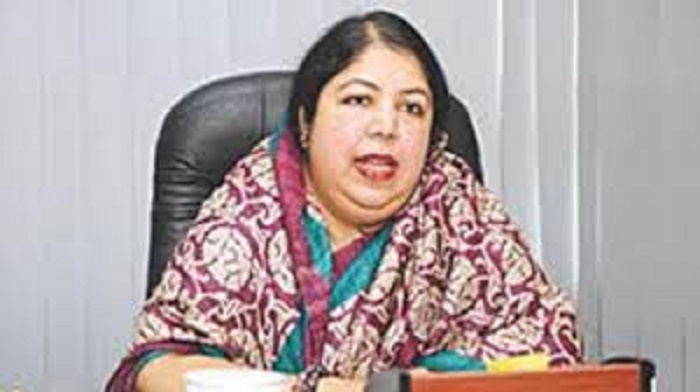 Local leaders of Awami League (AL) and official sources said the Speaker will arrive at Pirganj Dak-Bungalow at noon by road from Saidpur Airport after arrival there from the capital city by air in the morning.

Dr. Shirin will take part in a number of programs on Wednesday and Thursday before leaving Pirganj for Dhaka by air from Saidpur Airport on Thursday afternoon.

On Wednesday, the Speaker will lead a children rally and attend the inaugural function of a two-day Children Fair-2020 at Pirganj upazila parishad auditorium at 2:30 pm as the chief guest.

The District Information Office will organise the rally and fair under the fifth-phase of the Mass Communication Programme for Development of Children and Women Project of the Ministry of Information.

Besides, Dr. Shirin will inaugurate construction works of the new academic buildings of 28 government primary schools across Pirganj upazila by unveiling plaques of the foundations stones at the same venue.

On Thursday, The Speaker will finalize the list of working women of Pirganj upazila for the Rural Employment and Road Maintenance Programme of Local Government and Engineering Department at a function at Pirganj upazila parishad auditorium.

Besides, Dr. Shirin will distribute wheel chairs among physically challenged people, cheques for loans among the beneficiary families of the ethnic minority communities and unemployed male and female youths at the same venue as the chief guest.

Later, the Speaker will exchange views with common people, local leaders and workers of AL and its associate bodies there before leaving Pirganj.