Zimbabwe 114 for five at lunch, Bangladesh close in on win 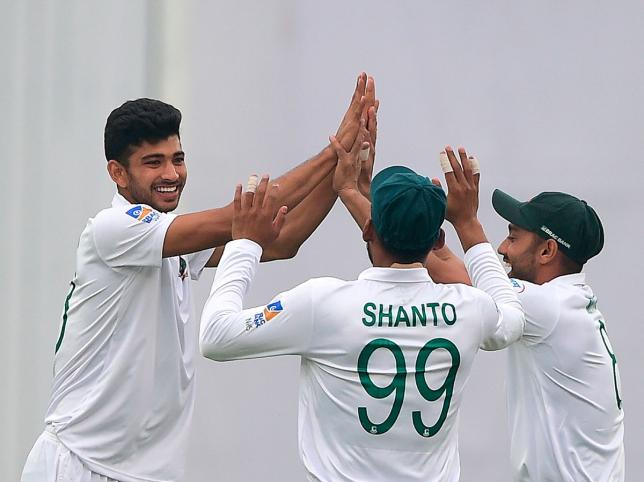 Spinners Taijul Islam and Nayeem Hasan struck early on day four as Bangladesh closed in on a big win in the one-off Test against Zimbabwe in Dhaka on Tuesday.

Zimbabwe were 114 for five at lunch, needing another 181 runs to avoid an innings defeat. Sikandar Raza remained unbeaten on 33 at the break with Timycen Maruma three not out.

Zimbabwe resumed at nine for two and lost a wicket in the sixth over of the day when Taijul sent Kevin Kasuza trudging back to the pavilion for 10, adding just two to his overnight score.

Nayeem, who claimed two wickets in the first over of Zimbabwe's second innings on Monday, struck with the key scalp of senior batsman Brendan Taylor who top-edged a catch to Taijul at long leg for 17.

Skipper Craig Ervine and Raza offered some resistance, putting on 60 runs for the fifth wicket, but Ervine's run-out on 43 dented Zimbabwe's hopes.

Raza set off for a single off Taijul, but Mominul Haque shied the stumps at the striker's end with a direct hit from cover point to dismiss Ervine and end a promising innings.

Bangladesh declared their first innings on 560-6 on Monday, replying to Zimbabwe's 265 runs.

Mushfiqur Rahim scored an unbeaten 203 runs while Mominul made 132 to give the hosts a 295-run lead.