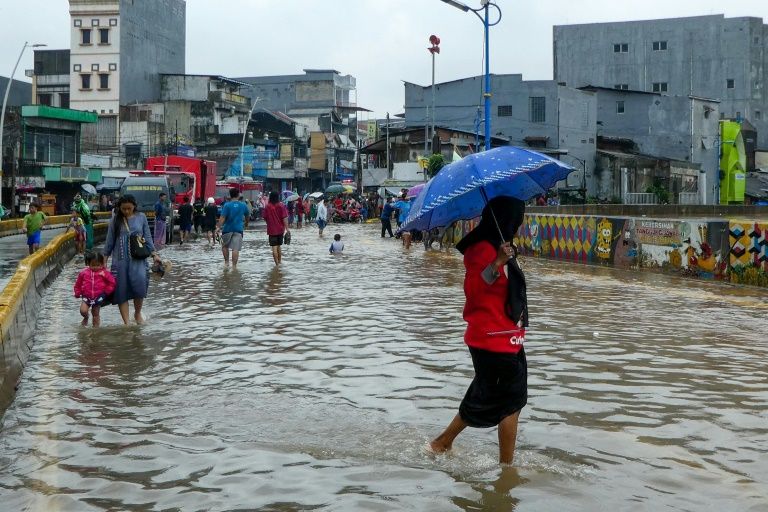 Dozens of Jakarta neighbourhoods were flooded Tuesday after torrential rains pounded Indonesia’s capital, less than two months after nearly 70 people were killed in some of the megacity’s worst flooding in years.

There were no immediate reports of casualties after the latest deluge, but parts of the city ground to a halt as whole neighbourhoods were swamped in muddy water, while power outages hit some districts.

At least 81 neighbourhoods were inundated with a dozen toll roads closed and some commuter train lines shuttered, according to an announcement by Indonesia’s Disaster Mitigation Agency.

More torrential rains were expected later in the day.

“So the flooding will likely spread,” agency spokesperson Agus Wibowo said on Twitter.

Floodwaters in some districts were as high as 127 centimetres (4 feet). The low-lying city is prone to flooding during the wet season which starts around November.

Torrential rain in January triggered flooding and landslides that killed nearly 70 people in and around Jakarta while thousands more were forced to evacuate to shelters.