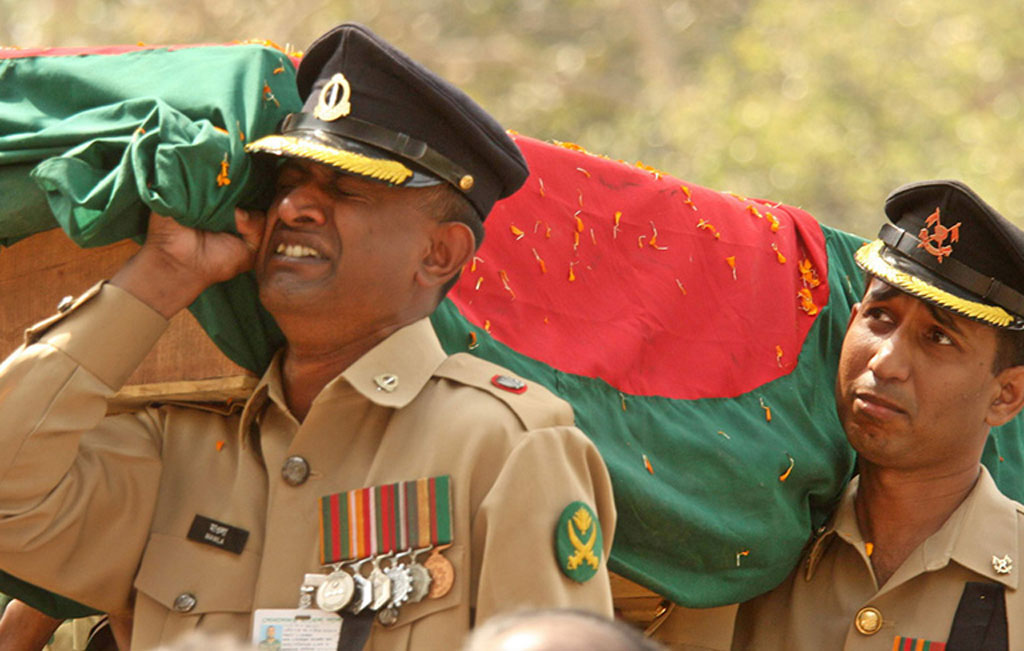 The Border Guard Bangladesh (BGB) observed the Martyrs’ Day on Tuesday with due solemnity, commemorating the army officers killed in BDR carnage in 2009.

Marking the day, the BGB organised Quran Khwani, doa and milad mahfil at all regions, sectors, institutions and units, including the Pilkhana headquarters.

Representatives of the president and the prime minister, home minister, chiefs of the three armed forces, public security secretary of the homeministry and BGB director general placeed floral wreaths at the Banani military graveyard at around 9:00am on the day.

All BGB members wore black-badge and BGB flag will be hoisted half-mast at the places where BGB regimental flag is hoisted.

On February 25 and 26, 2009, a group of relegated members of the then Bangladesh Rifles (BDR) killed 74 people, including 57 army officers, at the Pilkhana headquarters of the paramilitary force.