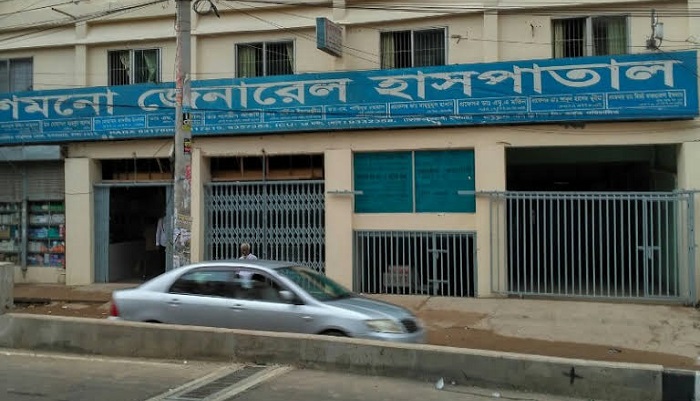 Relatives of a patient on Monday night locked in a clash with the staff of a hospital in the Mogbazar area of the capital after a pregnant woman died during a cesarean section surgery.

A housewife named Priya went under a cesarean section surgery at Rushmono Specialised Hospital at Wireless Gate in the Mogbazar area in the capital at around 4:00 pm on Monday.

Deceased’s brother-in-law Rahidul told the daily sun that his sister-in-law Priya went under a cesarean section surgery at around 3:40 pm this afternoon and she gave birth to a baby boy.

Later, Dr Shirin, who conducted Priya’s operation, sought permission to his husband Mirza Shohag, a resident of Mogbazar hailed from Madan upazila in Netrokona, for operating additional operation into her uterus.

After getting the family’s nod Dr Shirin started surgery in Priya’s uterus. During the operation, the doctor asked for five bags of blood.

Rahidul said they supplied the required blood and medicines costing Tk 18,000 but around 6:00 pm they were informed that their patient died.

Priya’s death news sparked anger among relatives, locals and engaged in a clash with the staff of the hospital blaming them for her death due to wrong treatment.

Being informed, a team of police from Hatirjheel police station rushed to the spot and brought the situation under control.

A case has been filed regarding this matter with the Hatirjheel police station.

After completion of the primary procedure, the police took the body to Dhaka Medical College and Hospital (DMCH) for autopsy at around 11:00 pm.

However, the family took the newborn baby boy to the house. It was Priya’s third child. Earlier she had a seven-year-old boy and two and half-year-old girl.