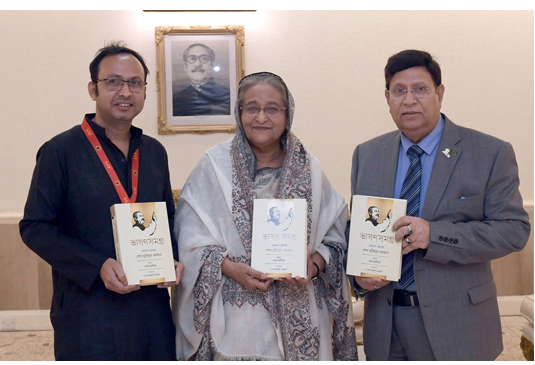 The book contains a total of 118 speeches delivered by Father of the Nation Bangabandhu Sheikh Mujibur Rahman from 1955 to 1975.

In the preface, Prime Minister Sheikh Hasina said all the famous speeches of world leaders were written but the speeches of Bangabandhu, including historic 7th March speech, ware spontaneous and extempore and all those speeches were based on his long experience and reflection of work-plans for future.

“The speeches of Bangabandhu were preparation for a war . . . there were an outline for victory that inspired seven crore people,” the Prime Minister wrote.