Radwan Mujib for proper ways to communicate with younger generation 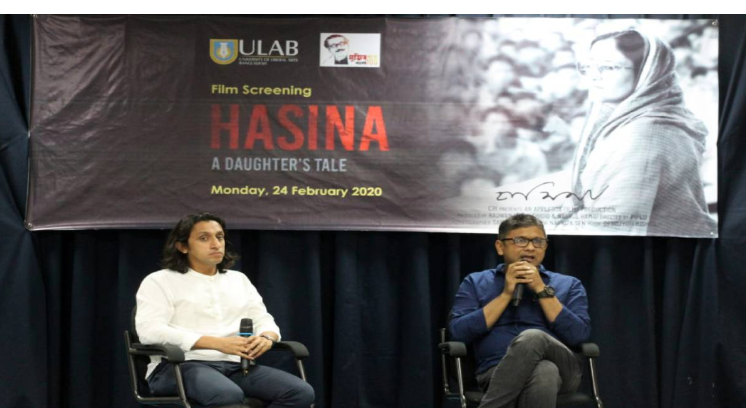 Radwan Mujib Siddiq, grandson of Father of the Nation Bangabandhu Sheikh Mujibur Rahman, on Monday laid emphasis on presenting history in a way that captures the imagination of youths.

He made the observation in an interactive session with students following the re-screening of the docudrama ‘Hasina: A Daughter’s Tale’ at the auditorium of University of Liberal Arts Bangladesh (ULAB).

Referring to other projects such as ‘Mujib Graphic Novel’ and ‘Joy Bangla Concert’ that bring history closer to the youths in an interactive manner, he said, “We need to understand how to communicate with younger generation.”

Reflecting on the docudrama of which he was a co-producer, Radwan said his idea was to bring forth the vignettes and anecdotes of Sheikh Hasina as the daughter of Bangabandhu Sheikh Mujibur Rahman that are often lost under the weight of her role as the premier of the country.

“It took me and Piplu Vai (director of the docudrama) five hours to wait for having a conversation with my aunty (Sheikh Hasina). As she was putting my son to sleep, she was reluctant to join us to get filmed. I told her to come with the baby in her lap,” he said.

That was the beginning of the journey of a visual storytelling spanning five years culminating in the docudrama titled ‘Hasina: A Daughter’s Tale’, said Radwan, also a trustee of CRI (Centre for Research & Information).

An entire audience of 200 students got their eyes riveted to the screen since this is the first time the untold stories of the prime minister as the daughter of Bangabandhu came alive through a creative form storytelling.

Other ULAB officials were also present at the auditorium on the occasion organized marking the birth centenary of the father of the nation, said a press release.

At the end of the screening of the film, Radwan and Piplu Khan took to the stage and responded to a number of questions posed by the youths.