Mushfiqur Rahim dedicates his 3rd Test double-century to his son 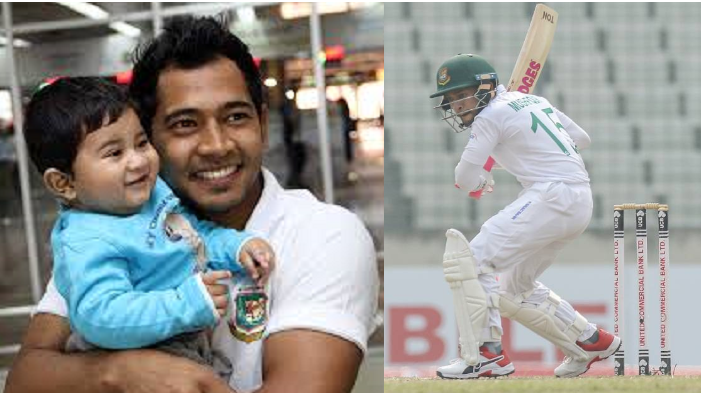 “I am dedicating this double ton to my son,” Mushfiqur told the media at the end of day three of the one-off Test at Sher-e-Bangla National Stadium in Mirpur, on Monday, putting Bangladesh on the driving seat.

“My son loves dragons. He likes this celebration. So I celebrated this way so that he loves it,” Mushfiqur explained why he celebrated in an unusual way.

The 32-year-old right-handed batsman hit his previous double-ton against the same opponent two years back at the same ground. In between these two double-tons, Mushfiqur played 10 Test innings but failed to score any century. So this century was like a relief for the batsman. However, Mushfiqur denied this idea.

“There was no pressure on me. I scored 74 in the last Test innings, So there is no question of relief or anything like that. I always try to contribute for the team as much as possible,” Mushfiqur pointed out.

According to Mushfiqur, it was easy to bat in the wicket of the Dhaka Test. He said he was more comfortable while playing this innings than the previous two double-centuries.

At the end of day three of the ongoing Test, Zimbabwe are trailing by 286 runs with eight wickets in hand. Off-spinner Nayeem Hasan bagged two wickets in the first over of Zimbabwe’s second innings, which cemented Bangladesh’s position in the game.

“What we have scored in our only innings should be enough to seal the game. It might have helped to scored more, but still, we are happy with our first innings,” Mushfiqur further told the media.