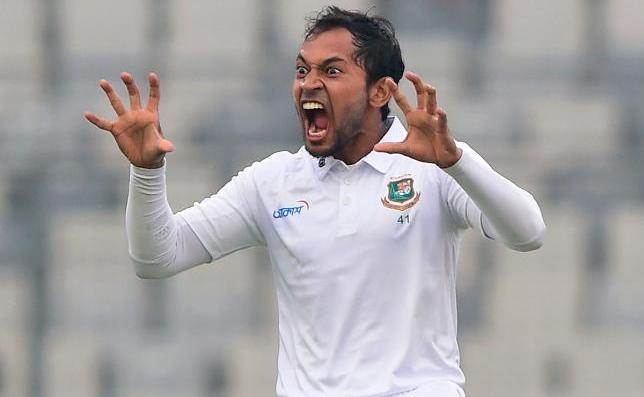 The diminutive batsman hit 203 not out in Bangladesh’s first innings in the solitary Test against Zimbabwe on Monday. When he was 196, he eclipsed Tamim Iqbal for Bangladesh’s highest run-scorer in the longer version format.

Tamim Iqbal for long time held the record of Bangladesh’s highest run- scorer in all three formats and in Test cricket he has 4405 after scoring 41 runs in the first innings.

For a change, however now he was displaced from the top of Test format. While Tamim made 4405 runs in 60 Tests, Mushfiqur Rahim played 70 matches to score his 4413.

As both of them are the integral part of Bangladesh’s Test plan, the competition for the top spot will be going on in the next days. But Mushfiqur Rahim will be largely ahead in one arena-as far as the hitting double century is concerned. His latest 203 not out was his third Test double century when no other Bangladeshi batsman hit more than one double century.

Mushfiqur is the highest individual scorer for Bangladesh with his 219, which also came against Zimbabwe at home den in 2018.

Mushfiqur also was the first batsman to hit a double century when he made 200 against Sri Lanka at Galle in 2013.

Tamim Iqbal’s 206 against Pakistan in 2015 in Khulna was the second double century hit by a Bangladeshi batsman.

Shakib then displaced Tamim, hitting 217 against New Zealand in Wellington, a match in which Mushfiqur himself struck 159.

Mushfiqur regained the record, hitting 219 against Zimbabwe in 2018.