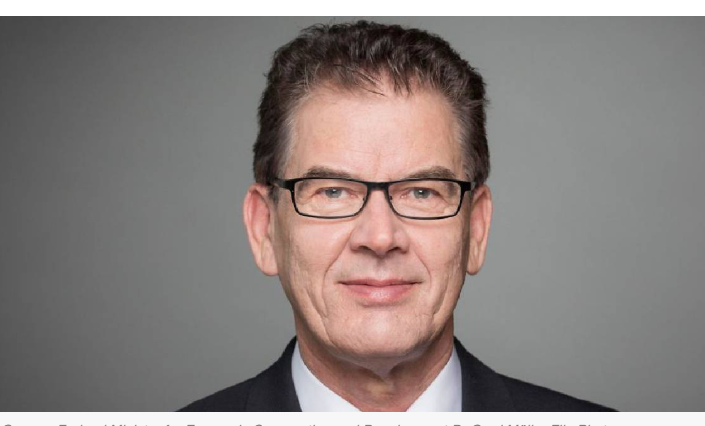 “The key focus of the trip will be on RMG sector and trade union,” said the German Embassy in Dhaka announcing his short visit to Bangladesh.

Another focus area of the German minister’s visit is the Rohingyas situation as he will visit the Rohingiya camps in Cox’s Bazar on Wednesday before leaving Bangladesh later in the day.

The German minister, who will lead a delegation, is scheduled to meet Prime Minister Sheikh Hasina, Foreign Minister Dr AK Abdul Momen and other dignitaries.

Minister Muller will visit some factories in Gazipur and meet government representatives and labour union leaders.

Germany has been providing financial and technical assistance for the development of Bangladesh since 1972, which amounts today to a total of over 3 billion EUR, according to the German Embassy.

Bangladesh is now hosting over 1.1 million Rohingyas and most of them entered the country since August 25, 2017 amid military crackdowns on them in Rakhine State of Myanmar.