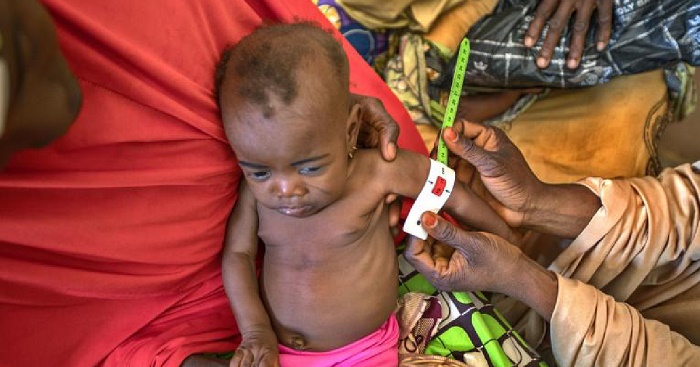 Bangladesh has made great strides in several areas related to health, nutrition, water, sanitation and hygiene, education and child protection with sharp decline in child malnutrition, a new survey reveals.

These findings of the Multiple Indicator Cluster Survey (MICS) 2019, conducted by the Bangladesh Bureau of Statistics (BBS) and UNICEF, were revealed on Monday.

One of the most positive developments was a sharp decline in chronic malnutrition as measured by stunting levels, which fell from 42 percent in 2013 to 28 percent in 2019.

All child mortality rates (neonatal, post-neonatal, infant and under-five) have had a downward trend in Bangladesh over the last 30 years, according to the survey.

At the same time, more rapid “progress with quality” is required for Bangladesh to continue as a thriving middle-income country.

Issues such as the quality of education and drinking water, the battle against child marriage and violence against children continue to be highly prevalent protection issues.

However, more needs to be done quickly if Bangladesh is to achieve its ambitious UN Sustainable Development Goals (SDGs) by 2030.

For the 2019 MICS, data was collected between January 19 and June 1 last year from 61,242 randomly selected households.

The report provides in-depth and statistically reliable data from across all 64 districts.

According to Saurendra Nath Chakrabharty, Secretary, Statistics and Informatics Division, the new set of data available from this round of MICS continues to promote a data-driven public discourse and policy making for the betterment of the children in Bangladesh as a middle-income country.

“The findings of MICS 2019 will help us identify those who are left behind in the country’s development process so that we can take action and reach the children whose needs are the greatest,” said Alain Balandi Domsam, Officer-in-Charge Representative, UNICEF Bangladesh.

It is critical to break gender stereotypes and transform social norms that perpetuate gender inequality, he said, adding, “Bangladesh cannot wait to invest in its children and youth if it is to reap the benefits of the demographic dividend.

The country has only 11 years to go before this unique window of opportunity closes. It is essential to increase investment to strengthen systems and to build structures and capacities to accelerate the SDGs in Bangladesh.”

Major Findings of MICS 2019 at a Glance:

The share of children aged 36 to 59 months who attended early childhood education is small (18.9 percent), with a slight increase from the 13.4 percent registered 2012-13 (MICS).

The net attendance rate in primary school is high at 85.9 percent, somewhat higher compared to the previous MICS round (2012-13) where it was 73.2 percent. Nevertheless, 13.1 percent of adolescents are out of lower secondary school. The drop-out rate is particularly high among boys, where about one in five (18.1 percent) children is out of lower secondary education.

The proportion of children in Bangladesh under five years of age whose births are reported has risen sharply in recent years (56 percent).

Almost all households (98.5 percent) have an improved source of drinking water. The difference is small between rural and urban households. However, 43 percent of the population lives in an area where there is an improved drinking water source located on the premises.

About 84.6 percent of households in Bangladesh have access to improved sanitation. In terms of hygiene practices, knowledge is high in Bangladesh, but the practice of hand washing at key moments remains very low.

The share of children aged 2-17 years with functional difficulty in at least one identified domain is 7.3 percent.