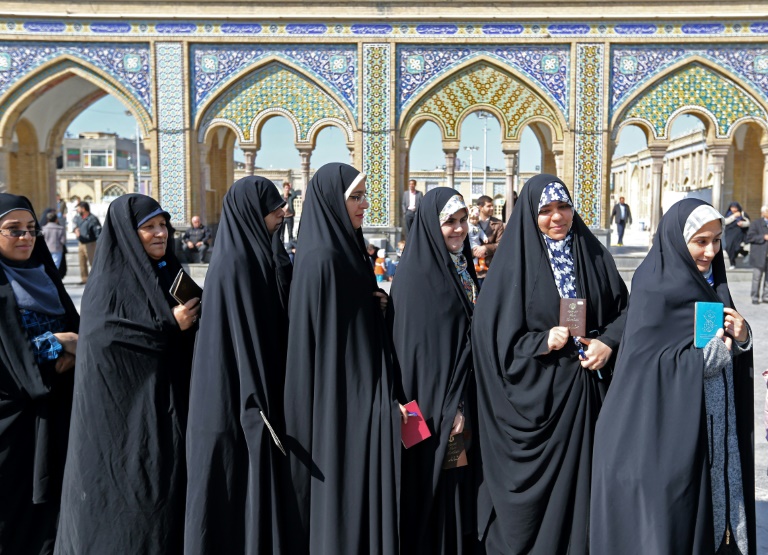 Iran's conservatives claimed victory Sunday in a general election marked by the lowest turnout since the 1979 Islamic Revolution amid public anger against the government, an economic downturn and the disqualification of half the candidates.

A conservative resurgence would heap pressure on beleaguered President Hassan Rouhani and signal a shift from four years ago when reformists and moderates won a slender majority in parliament.

The interior ministry announced results of 95% of the 208 constituencies in Friday's election, declaring the names of the winning candidates but without specifying their political affiliation.

"Victory for the anti-American candidates, a new slap for Trump," crowed the ultra-conservative Kayhan newspaper.

"The people have disqualified the reformists," it added, alluding to Rouhani's backers, who have been weakened by President Donald Trump pulling the US out of a landmark nuclear deal and by a slew of economic and political crises.

Seventeen women were elected, the website of the government newspaper Iran said -- the same number as in the outgoing 290-seat parliament.

The election came two days after Iran announced its first cases of the deadly new coronavirus that emerged in China.

Iran on Sunday reported three new coronavirus deaths, taking its toll to eight -- the highest in any country outside China. It said there were 43 COVID-19 virus infections nationwide.

Authorities ordered the closure of schools, universities and other educational centres in 14 of Iran's 31 provinces from Sunday and said Tehran could be under quarantine, if necessary.

The World Health Organization has expressed concern over the speed at which COVID-19 has spread in Iran, as well as it being exported from the Islamic republic to other countries, including Lebanon.